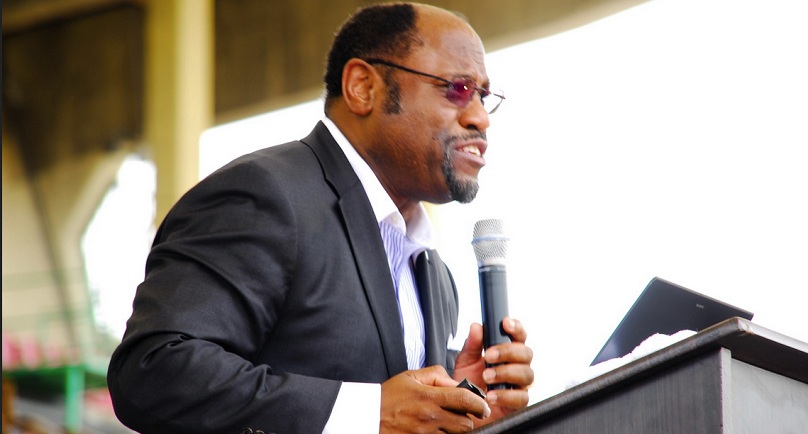 International Renowned Preacher, business consultant, and a bestselling author Dr Myles Munroe has been killed in a plane crash along with his wife, according to Forbes.

Pastoring one of the biggest ministries in US – Bahamas Faith Ministries, Dr Munroe has been a mentor to millions – sharing teachings to Christians and non-Christians,in areas of finance, business, career, leadership, relationships, evangelism and many more.

Reports say that the Private Jet, with 9 on board, had taken off from the Bahamian capital of Nassau and crashed while attempting to land around 5pm yesterday.

The Ministry of Transport and Aviation released a statement that read,

“The Civil Aviation has been advised unofficially that the aircraft was destroyed and there were no survivors.”

The cause of the crash is yet to be confirmed as well as the identities of the other victims.

The prolific book author made history during his March, 2012 visit to Papua New Guinea.

Dr Myles Munroe and his wife Ruth were the first ever official guests from the Bahamas to be welcomed by the Prime Minister of Papua New Guinea, Peter O’Neill. Dr Munroe conducted a series of motivational talks around Port Moresby and has been a great influence to many Papua New Guineans.

The motivational speaker’s visit to Papua New Guinea was historical and had a great impact on many of the country’s leaders – he spoke to over three- thousand leaders, at the Indoor Complex, Sir John Guise Stadium.

Among many of the things that were discussed with Mr O’Neill, Dr Munore warned the Prime Minister of the dangers of potential corruption in booming economies, especially to third world nations like PNG and the Bahamas.

Dr Munroe compared the similarities his country had with Papua New Guinea and stated the importance of good foreign relations between them.

“Because of the Historical similarity of our Island nations as former Colonies of Great Britain and young emerging democracies, we have much in common and could benefit from unilateral and mutually productive cooperation in many areas,”

Dr Myles Munroe had also promised to return to PNG.

His immediate family is survived by their only son Chairo (Myles Jr), and as for their daughter Charisa, sources are yet to confirm whether she was on the private jet or not.

Vaki Farewelled in a Parade