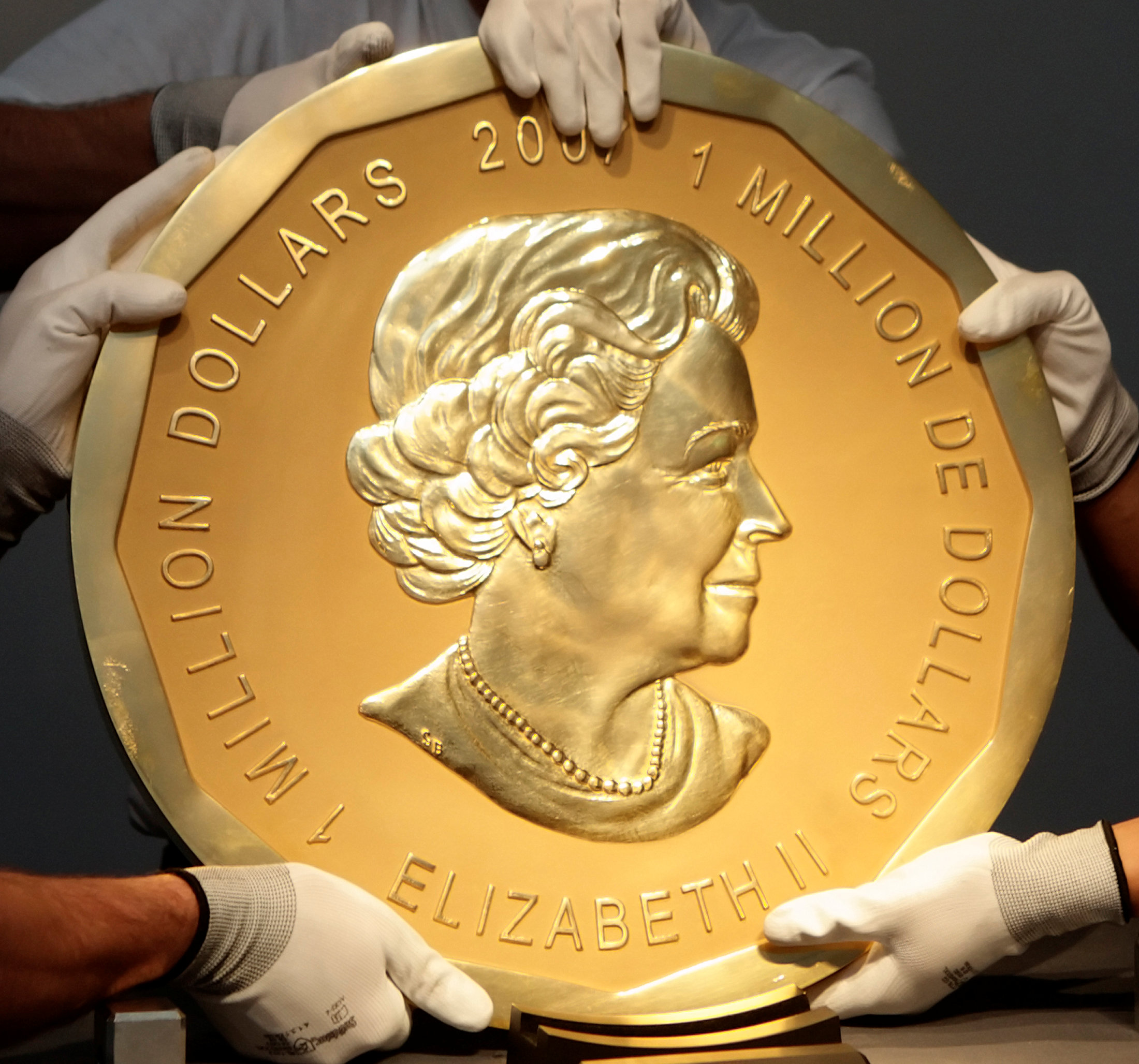 The coin is made out of pure gold, weighs about 100 kilos and has a face value of around $1 million.

Given the high purity of the gold used in the coin, its material value is estimated to be $4 million.

The museum said on its website that the coin was issued by the Royal Canadian Mint in 2007 and that it was featured in the Guinness Book of Records for its “unmatched” degree of purity.

The coin, with a diameter of 53 centimeters and 3 centimeters thick, was loaned to the Bode Museum in December 2010.

Police said it was probably stolen by a group of thieves who entered the museum undetected through a window, possibly with the help of a ladder.

“Based on the information we have so far we believe that the thief, maybe thieves, broke open a window in the back of the museum next to the railway tracks,” police spokesman Winfrid Wenzel said. “They then managed to enter the building and went to the coin exhibition.

“The coin was secured with bullet-proof glass inside the building. That much I can say,” Wenzel added.

“Neither I nor the Bode Museum can go into detail regarding personnel inside the building, the alarm system or security installations.”

The Bode Museum has one of the world’s largest coin collections with more than 540,000 items.