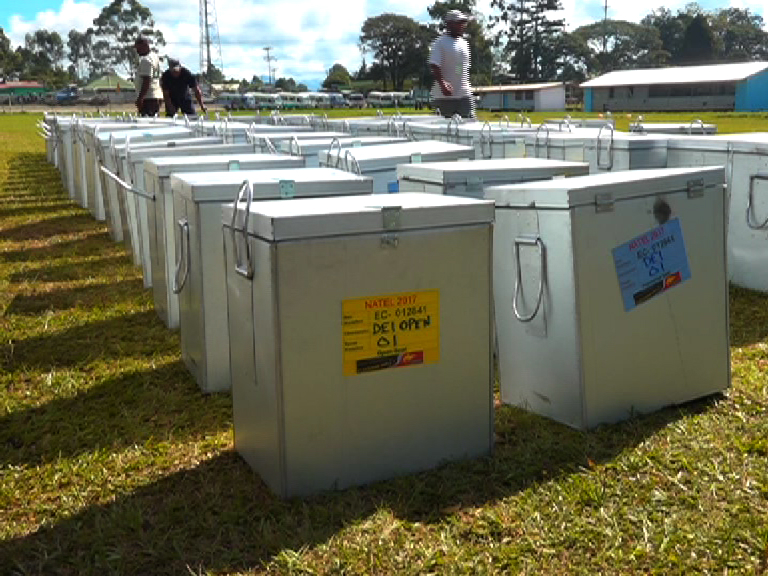 Enga and Western Highlands are the last two Provinces to go to polling tomorrow.

The one day polling for both provinces was on Tuesday, deferred to Friday, due to the delay in the pre-counting and stamping of ballot boxes.

It took almost four days to pre-count the ballot papers for Enga and Western Highlands Province.

Both Provinces started pre-counting on Monday and completed this afternoon, with the insertion of ballot boxes to each electorate in both Provinces.

Lakari praised these security forces for completing a successful polling for Chimbu and Jiwaka.

Like other Provinces, Enga and Western Highlands Province had issues with the electoral roll given to them by the Electoral Commission.

Adding to the discrepancies were issues with candidates from the two Provinces petitioning the Electoral Commission to conduct a free, fair, and safe election.

Enga Provincial Police Commander, Chief Superintendent George Kakas, said the joint security forces are handling the issues cautiously on a daily basis and he is hoping to see Enga have peaceful polling.

The Western Highlands Provincial Steering Committee is expecting few or no problems at all in the other three electorates, but they are focusing more on the Hagen Open seat for election-related issues.

YourVote2017 – EP11 | How transparent is the counting process?

WHO Train Clinicians on COVID-19 Preparedness