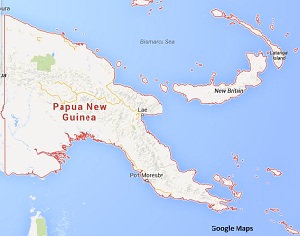 The El Nino like conditions in the Pacific is delaying the onset of the wet season over Papua New Guinea.

The PNG National Weather Service revealed this to EMTV saying this will impact on the amount of rainfall in certain parts of the country.

The PNG Weather Service Assistant Director explained that even though there have been strong indications that an El Nino should have begun, scientists have been reluctant to declare it because other atmospheric conditions have not occurred yet which is making it difficult for them to pinpoint and declare an El Nino.

This has delayed the onset of the wet or northwest monsoon season which normally starts about mid-November.

Should an El Nino be declared later, the impact it will have is a reduced rainfall in the Southern Region of PNG.

The PNG National weather service scientists have noted that the traditional eastward movement of the sea surface temperature responsible for El Nino conditions are not only moving eastward but also northward.

Weather and climate conditions such as these need to be documented.