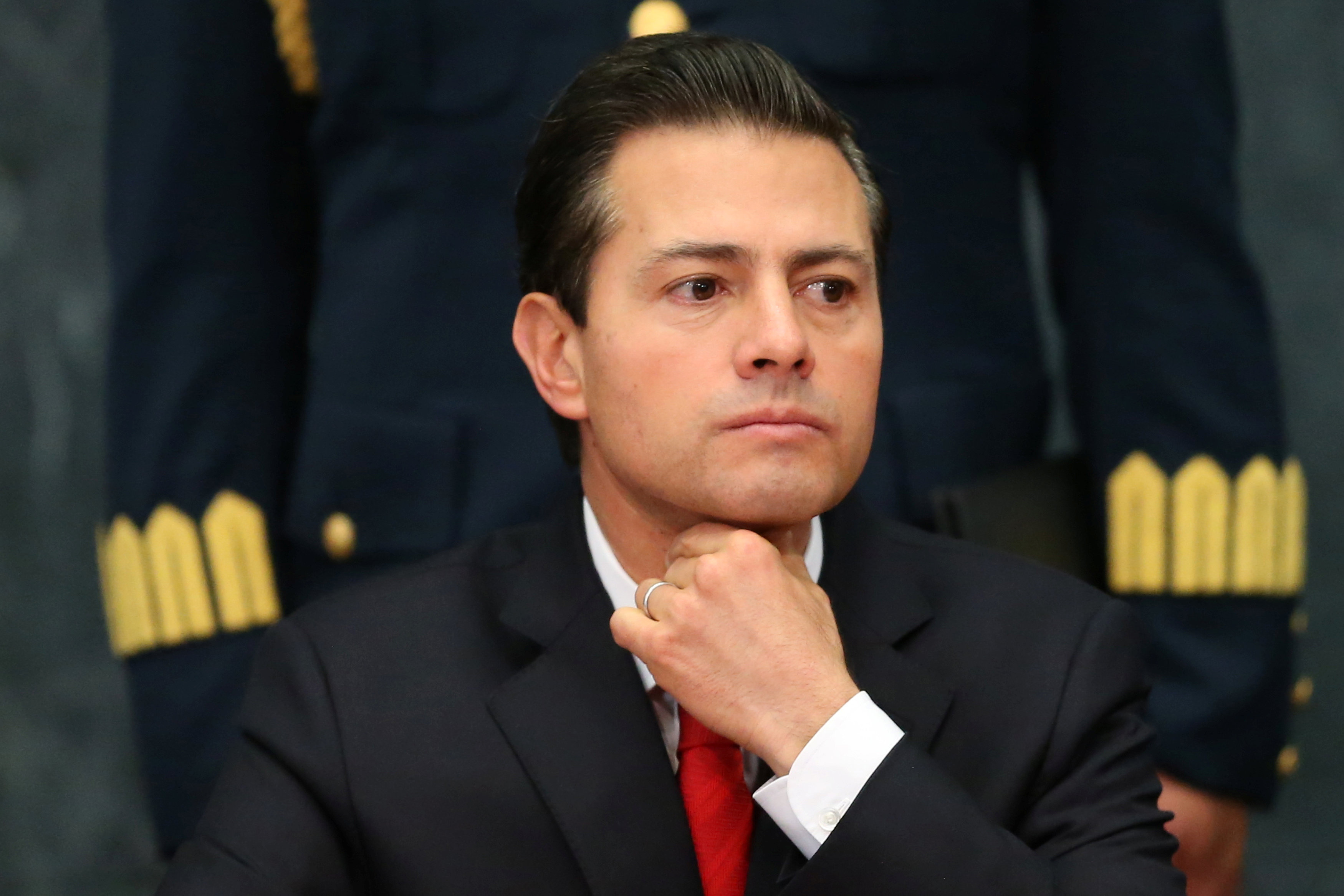 By Steve Holland and Miguel Gutierrez

PHILADELPHIA/MEXICO CITY (Reuters) – U.S. President Donald Trump could pay for a wall on the southern border with a new 20 percent tax on goods from Mexico, the White House said on Thursday, deepening a crisis after plans for a summit with the Mexican president fell apart.

Trump wants the measure to be part of a broader tax overhaul package that the U.S. Congress is contemplating, White House spokesman Sean Spicer told reporters on Thursday.

It was not immediately clear how the tax would work. Parts of the proposal that Spicer described resemble an existing idea, known as a border adjustment tax, being considered by the Republican-led U.S. House of Representatives.

“Our country’s policy is to tax exports and let imports flow freely in, which is ridiculous. But by doing it that way we can do $10 billion a year and easily pay for the wall. Just through that mechanism alone,” Spicer told reporters travelling with Trump to Philadelphia.

The White House later on Thursday said it was not endorsing the border adjustment tax. No further details were available.

News of the tax proposal widens a rift with Mexico which earlier on Thursday scrapped a planned summit between President Enrique Pena Nieto and Trump over the Republican’s demands that Mexico pay for the border wall to stem illegal immigration.

Pena Nieto wrote on Twitter that he was pulling out of the planned meeting with Trump in Washington next week.

He was responding to an earlier tweet from Trump who said it would be better for the Mexican leader not to come if Mexico would not pay for the wall.

Trump later presented the scrapped plan as a mutual agreement.

Addressing Republican members of Congress at a meeting in Philadelphia, he said he and Pena Nieto had agreed to cancel the meeting, adding it would be fruitless if Mexico did not treat the United States “fairly”.

“I’ve said many times that the American people will not pay for the wall,” Trump told the gathering. “Unless Mexico is going to treat the United States fairly, with respect, such a meeting would be fruitless and I want to go a different route.”

Trump views the wall, a major promise during his election campaign, as part of a package of measures to curb illegal immigration. Mexico has long insisted it will not heed Trump’s demands to pay for the construction project.

Trump, who took office last week, signed an executive order for construction of the wall on Wednesday, just as a Mexican delegation led by Foreign Minister Luis Videgaray arrived at the White House for talks with Trump aides aimed at healing ties.

The timing of that, and Trump’s reiterated call for Mexico to foot the bill, caused outrage in Mexico, with prominent politicians and many on social media seeing at as a deliberate snub to the government’s efforts to engage with Trump, who has for months used Mexico as a political punching bag.

Pena Nieto was under pressure to cancel the summit.

“We have informed the White House that I will not attend the working meeting planned for next Tuesday with @POTUS,” he tweeted on Thursday. “Mexico reiterates its willingness to work with the United States to reach agreements that favor both nations.”

Relations have been frayed since Trump launched his campaign in 2015, characterizing Mexican immigrants as murderers and rapists.

Trump has vowed to renegotiate the North American Free Trade Agreement and slap high tariffs on American companies that have moved jobs south of the border.

Mexico ships 80 percent of its exports to the United States, and around half of Mexico’s foreign direct investment has come from its northern neighbour over the last two decades.

“The U.S. has a 60 billion dollar trade deficit with Mexico. It has been a one-sided deal from the beginning of NAFTA with massive numbers… of jobs and companies lost. If Mexico is unwilling to pay for the badly needed wall, then it would be better to cancel the upcoming meeting,” Trump said in his tweet before the planned Pena Nieto talks were scrapped.

The United States runs a $58.8 billion trade deficit with Mexico, according to the latest U.S. government figures. But Mexico is also the United States’ second-largest export market.

Former foreign minister Jorge Castaneda said the Mexican government should have cancelled the summit earlier in the week, when it became clear that Trump was going to go ahead with measures to build the wall and clamp down on immigration.

“There is an atmosphere of crisis in the United States and it is going to last a long time. We are going to have to get used to living like this,” he said on Mexican radio.