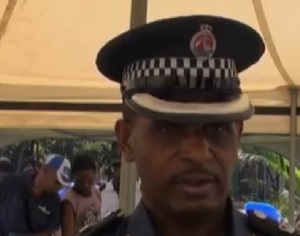 NCD Metropolitan Superintendent Andy Bawa has confirmed there has been a surge in petty crimes in Port Moresby’s Jack Pidik Park.

He said while police cannot always provide security for everyone, families are advised to take extra precautions when attending the festive celebrations at night at 5 mile.

This follows a number of instances of harassment and the stabbing of a police officer, who reportedly died as a result.

Mr Bawa said he almost became a victim of petty crimes at the Jack Pidik Park.

“We are aware that there has been numerous incidents that have happened here. I almost became a vicitm myself here as well.

“A sunday ago, i was driving down the roundabout, I almost got my phone pinched.”

Bawa says if it can happen to a police officer like him, then petty crime is happening here at Jack Pidik Park.