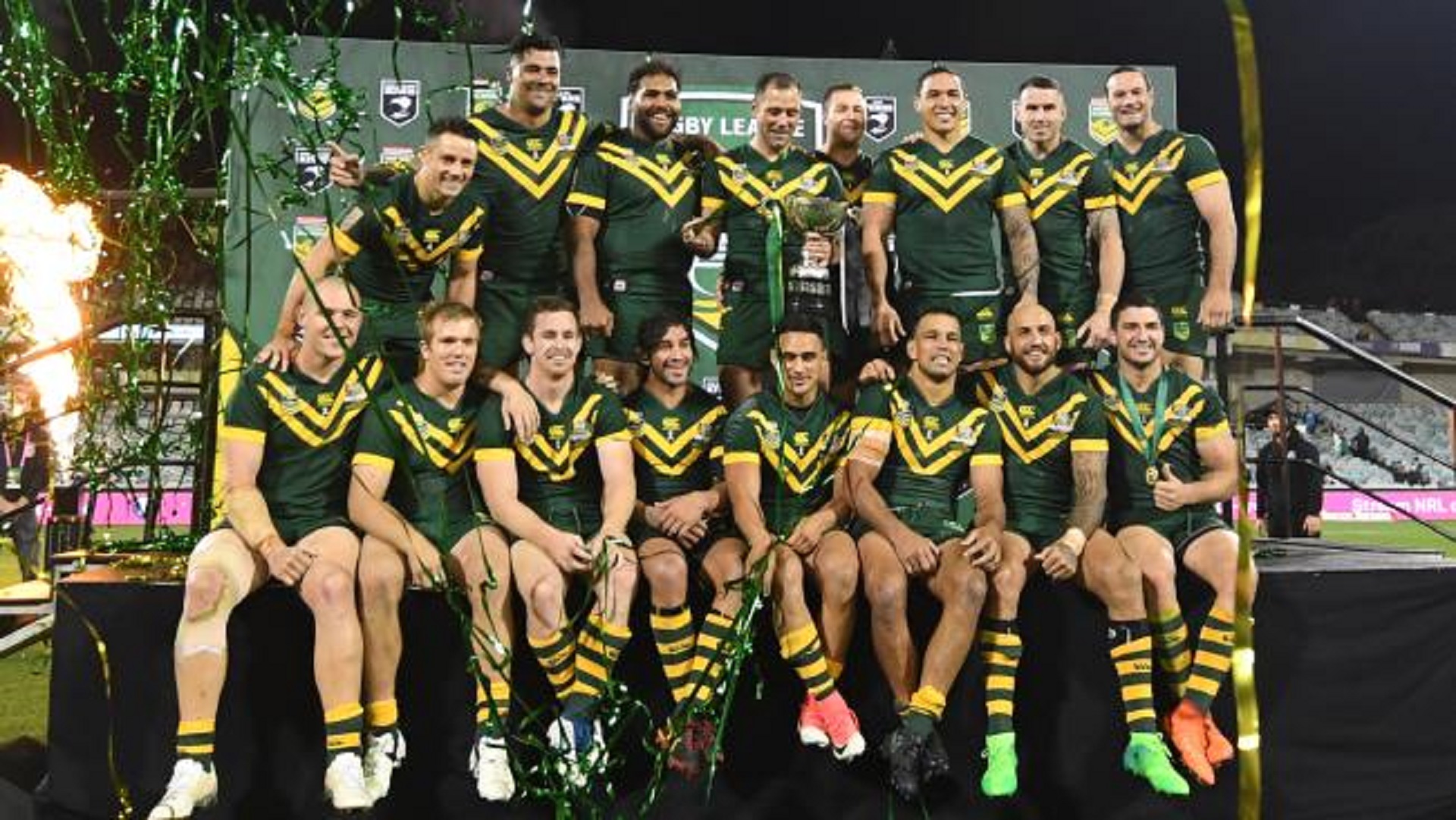 This win makes it the 5th consecutive victory for the Kangaroos.

The Kiwis were swayed immediately in the opening minutes of the match when a Josh Dugan-try in the 11th minute gave the Aussies an early lead.

Dugan did a fly-high touchdown reception following a cross-field kick from Jonathan Thurston.

The Kiwis were still recovering from that try and failed to up their defences in the process.

The next set saw a run-away try from Blake Ferguson resulting from an intercept just inside Aussie’s 10 meter mark in the 16th minute.

In the remaining 12 minutes before break, William Chambers crossed the line with yet another try that put them on 18 points to Kiwis nil.

And just before the break buzzer went, Tyson Frizel scored for the Aussies again.

The half time score stood at 24 – nil in favor of the green-and-gold-clad team.

The Kiwis display a slight hint of attacking prowess in the second half with Simon Mannering’s and Roger Tuivasa-Sheck tries.

The Aussies would later score again, bringing the scoreline to 30 points to 12.

Scraping 2 tries may be the consolation they needed but that was not enough for a win.

By the time the full time buzzer went, the score remained unchanged.