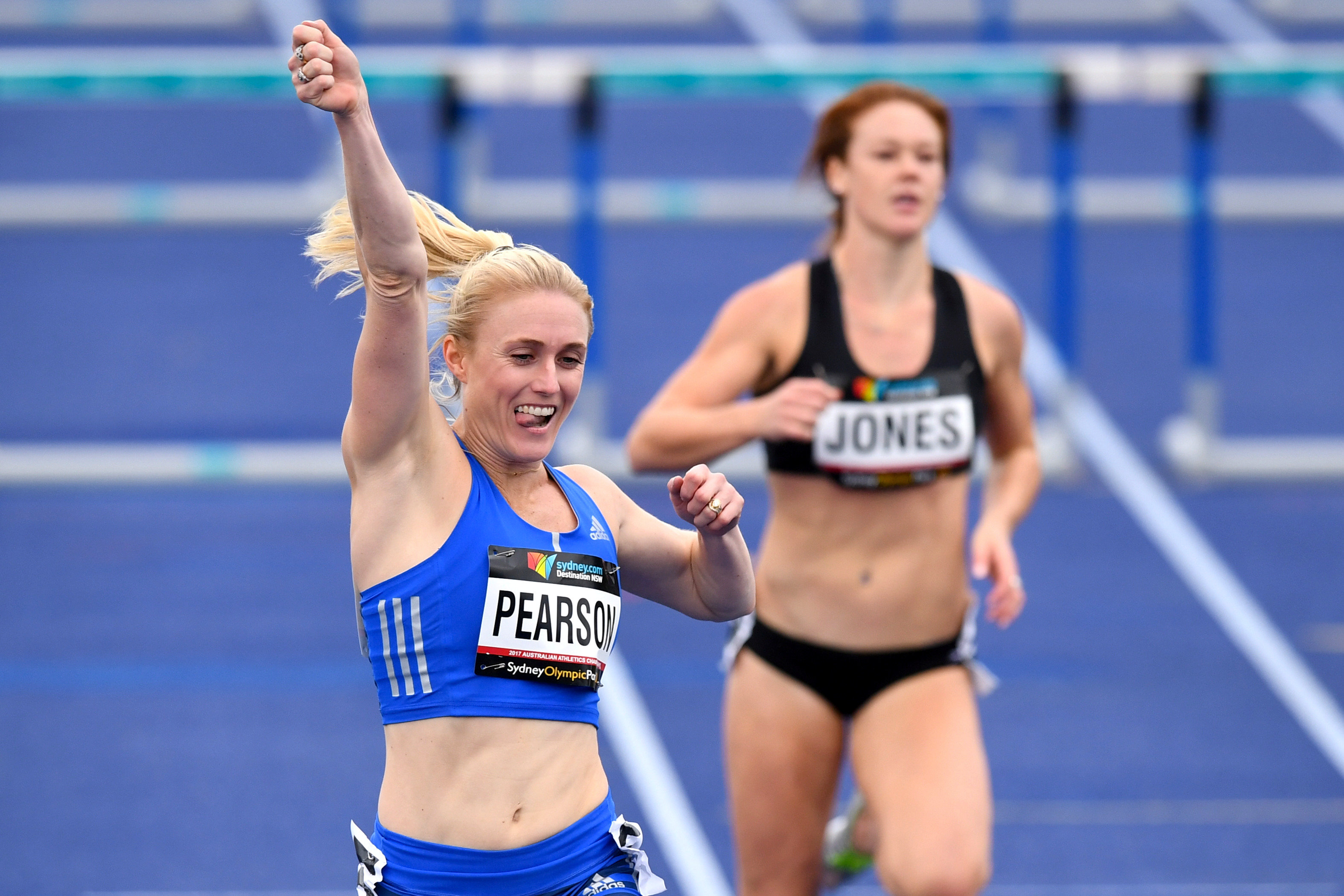 The 30-year-old Queenslander missed out on defending her 2012 London gold at last year’s Rio Games but raised hopes of a late-career revival with a wind-assisted (+2.3) run of 12.53 seconds in the final at Olympic Park Athletic Centre.

The year’s best without wind assistance is American Kori Carter’s 12.78 in Arizona two weeks ago.

Pearson trounced a modest field under a cloudy sky, her main rival Michelle Jenneke disappointing with a run of 13.12 to be third behind runner-up Brianna Beahan (12.96).

The 2011 world champion and IAAF female athlete of the year, Pearson wept freely after crossing the line, relieved to come through unscathed after enduring two seasons wrecked by injury.

“I know I don’t have anything to prove as an athlete, but to be able to come back here and do this today, it really means a lot to me.”

She shattered her wrist in a sickening fall at the Golden Gala meeting in Rome in 2015 and strained her hamstring in June last year as she battled to be fit for Rio.

The defiant Australian has remained determined to come back and bid for a third successive Commonwealth Games gold medal at next year’s event near her home on Queensland’s Gold Coast.

Her encouraging run on Sunday will also boost her hopes of contending for a second world title at London in August, six years after her Daegu triumph.

One of Australia’s most successful track athletes, Pearson took silver in the 100m hurdles at the 2008 Beijing Olympics and was also runner-up in the 2013 world championships in Moscow.