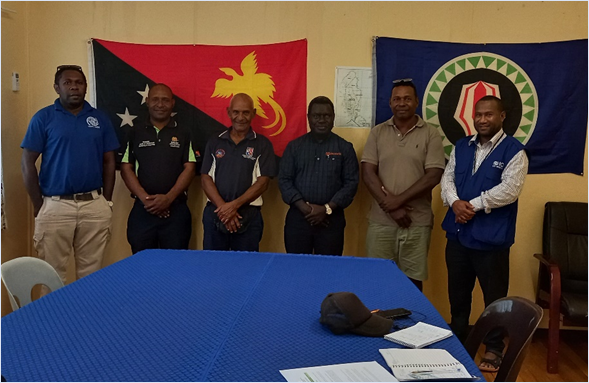 The International Organization for Migration (IOM) – UN’s Migration Agency conducted a week-long consultation recently on climate change and mobility with Government authorities and local communities in the Autonomous Region of Bougainville (AROB).

Conducted in close cooperation with the National Disaster Centre (NDC) and Department for Provincial and Local Government Affairs (DPLGA), the consultation sought to gauge views from the identified stakeholders in AROB about climate change related mobility, covering migration, displacement and planned relocation efforts to inform resilience and adaptation measures, and policy discussions on internal displacement.

Tsiamalili highlighted the importance of taking immediate actions in support of communities negatively impacted by climate change noting, “It is important that efforts are put in place including through applying local solutions to improve the resilience of  Bougainvilleans in addressing the effects of climate change

One major concern raised by Ms. Ursula Rokova was the use of the term Climate Change Refugees highlighting that the term refugees refers to people crossing international boundaries to seek protection from persecution on grounds of race, religion, nationality, membership of a particular social group, or political opinion. She noted that the definition was not applicable to Carteret Islanders who are moving or are displaced internally. However, noting the protection issues emerging because of climate-related mobility, efforts should be made to guarantee the human rights, dignity, and respect of Carteret Islanders and others moving in such contexts.

IOM, DPLGA, and NDC team also discussed the ongoing policy discussions for internally displaced persons by the Government and partners. These community consultations will also serve to inform a regional approach amongst Governments to address the adverse impacts of climate mobility.

At Wimbledon, Roger Federer Is Staying Firmly in the Moment