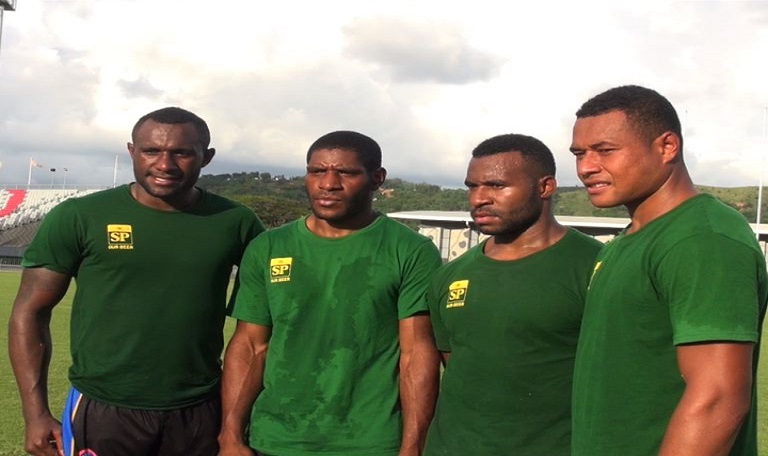 Four Academy players have made it through the Hunters Pre-Season Training camp, but will be released to go back to gain more experience in the Intercity Cup competition. The four players were happy to have made it this far, having gone through the three weeks camp with the team.

Aiden Arusa, who has not been selected into any Intercity Cup team yet, plays in the Port Moresby Rugby League competition for the Royals Rugby League Club.

He says he is happy to have come this far, and to make it through the training camp.

Out from Madang Rugby League is Joseph Mocke, who at one stage played Rugby Union for Madang Royals. He will be going back to join the Lae Snax Tigers to gain more experience. He says it has been challenging over the past three weeks.

Muka Peter Kula, a prop, will be playing for the Port Moresby Vipers in the Intercity Cup Competition. Though it has been difficult for him, he says it has been a great experience.

The fourth player is Thompson Yakumba, who was selected from the Highlands Academy. He says it was good training with the Hunters, and knowing how tough it is, has helped him to work harder when he goes back to play with his Intercity Cup team.

Marum says after they gain more experience playing at the Intercity Cup level, they will be in a better position to put on a Hunters jersey.