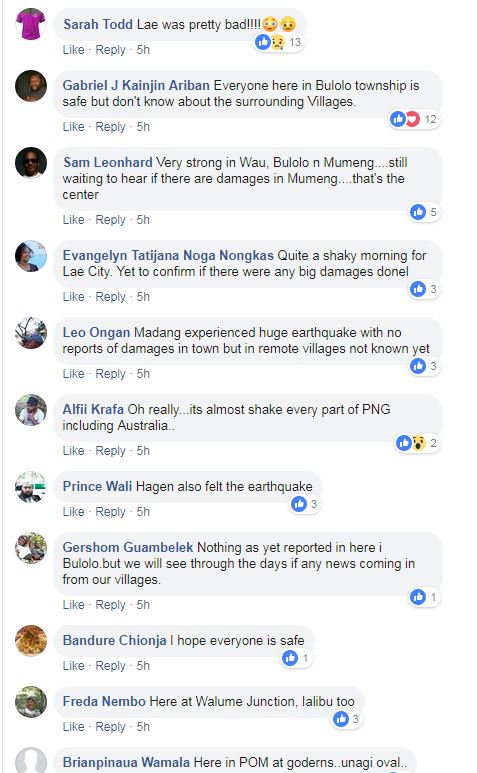 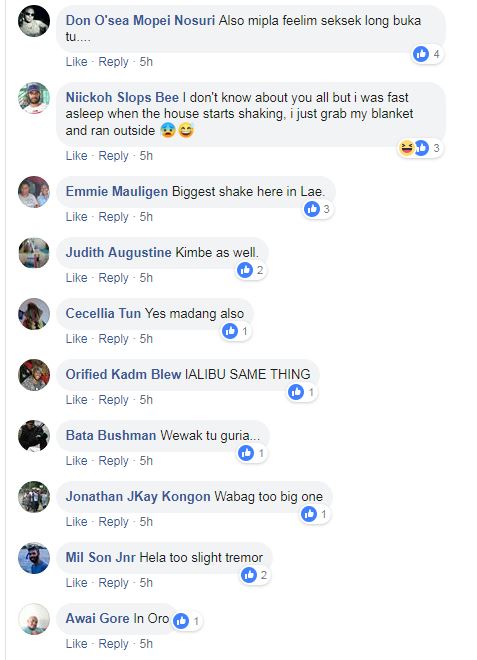 No tsunami advisory was issued out. An evaluation report from the Pacific Tsunami Warning Centre stated that:
“Based on all available data… There is no tsunami threat because the earthquake is located too deep inside the earth. This will be the only statement issued for this event unless additional data are received or the situation changes.”

The extent of the damages near the epicentre reported bursting water-tanks including falling items from shelves in shops. Power disruption was also reported by PNG Power with their Ramu Grid. The power distributor put out an updated notice on their Facebook page stating: “Our technical officers are doing testings on all units in Ramu. So far so good with minimal damages…” 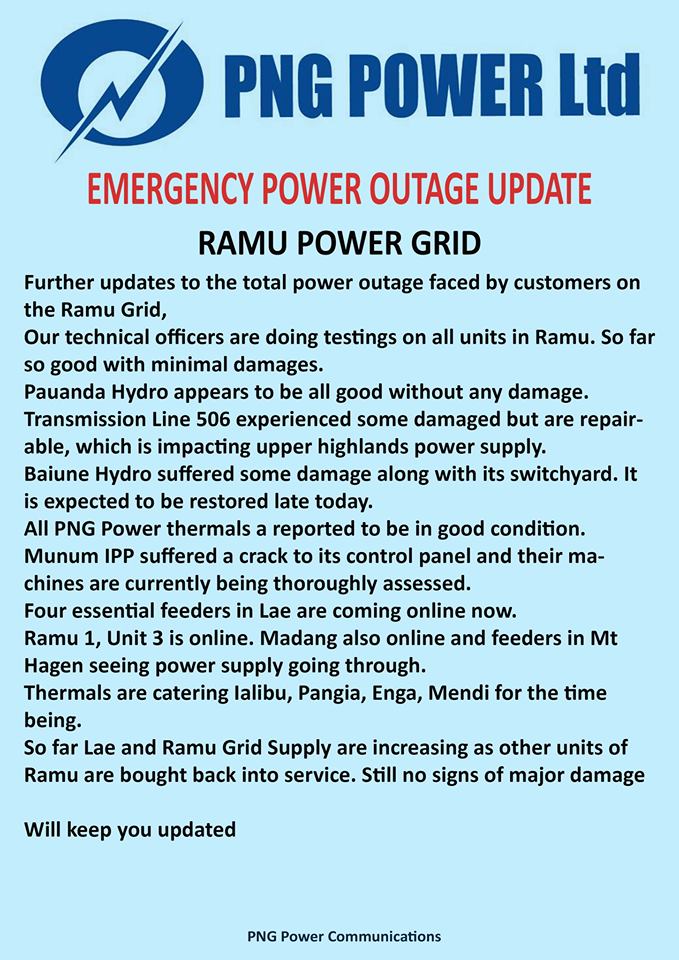 A tectonic summary released from the US Geological Survey stated that the earthquake occurred as a result of normal faulting at an intermediate depth, approximately 127 km beneath eastern Papua New Guinea near the northern edge of the Australia plate. Earthquakes in this geographical region are generally associated with the large-scale convergence of the two major plates – the Australia plate and the Pacific plate, with the complex interactions of several associated microplates, most notably the South Bismarck plate, the Solomon Sea microplate, and the Woodlark plate.

Papua New Guinea experiences a high rate of earth movements being one of the countries that lie within the line of the Pacific Ring of Fire – the worlds’ most active region in seismic activity.

Koreken Levi is New Deputy Secretary for Dep?t of Communication and Information