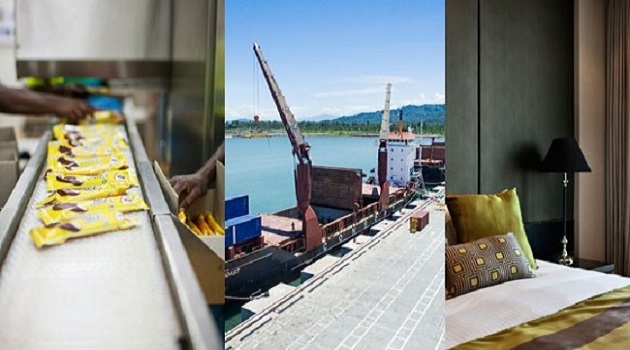 Conglomerates have become a rare breed in developed economies; the strategy of diversifying across different industry sectors tends to be punished by investors who prefer specialised players. But, in Papua New Guinea, industry diversification is commonly used as a way to grow, as David James observes.

The conglomerate strategy, which is sometimes described as pursuing ‘economies of scope,’ is partly a response to the relatively small size of PNG’s economy. When companies achieve a sizeable market share in one market sector, they often find it difficult to grow further, so to expand they look further afield.

PNG’s formal economy is also small when compared with the informal economy. Subsistence farming accounts for the bulk of economic activity and the formal employment base is narrow.

As that changes, and the formal sector expands, new consumers come into the market. Companies that are positioned as conglomerates are more able to tap into that new growth.

There are several ways to diversify a company’s operations. Sometimes the new sectors chosen appear to be close to the company’s existing activities, at other times less so.

K K Kingston, a manufacturer, has diversified in part because it is pursuing vertical integration (combining two or more stages of production). The company retails its manufactured household consumer products as well as supplies specialty chemicals to commercial customers.

K K Kingston has also diversified into services. The company has a hire service arm for industrial and construction equipment, and it supplies industrial equipment. There is also product diversification; the company sells water tanks and other rotomoulded products.

Chief Executive Michael Kingston believes the diversification creates a partial hedge when economic conditions are difficult. For example, when the mining sector becomes weak, the company’s activities in the consumer market and commercial and industrial markets acts may mitigate against the worst effects.

A similar logic—of not being over-exposed to the cyclical nature of the resources sector—drives the diversification of retailer Bishops. General Manager Len Pianta says the company has a core product range of personal protective gear. Its operations are split between the resources sector and the rest of the economy.

Pianta says the firm set up an individual office to handle the LNG side of the business, keeping it separate from the ‘day to day business’. That enabled the company to keep good relationships with its general customers.

Bishops’ diversifies by combining high quality international brands and doing its own direct sourcing: a move into manufacturing. This vertical integration involves developing house brands that are sourced in Asia and Europe.

Pianta says the move into house brands, which accounts for half its product mix, has helped the company to survive and maintain profit levels.

Some diversification is opportunistic. Executive Director of the Brian Bell Group, Ian Clough, says the company started out as a ‘gun shop on Ela Beach 58 years ago’ but has transitioned into a true conglomerate.

‘(We went from) moving into white goods and kitchen appliances to where we are now: we are the Nike agent in PNG, and we produce our own bed coverings on-site in PNG and buy raw materials and produce quality linen. We also identified an opportunity with commercial cleaning which led to our Belltech chemicals division.’

Clough says the strategy is to assess whether there is an opportunity in the market and whether or not the company has the capacity, or can source the capacity, to take the business in that direction.

He says he expects the company to continue looking for different areas of opportunity:

‘We will look at where there are potential holes in the market or where there might be others playing in that space but potentially they don’t have the logistics capacity that we may have that we can leverage.’

Clough says Bell Group has home centre divisions in most major locations across the country and trade and electrical divisions in three quarters of those locations. It has chemicals divisions in Port Moresby and Lae, and has pursued some vertical integration by establishing ‘a fairly extensive dealer network’ in some of the smaller locations.

Clough says the company has ‘more strategic reach’ with its accompanying logistics network of ‘transport, shipping, and all the relationships with the Highlands and out to the Islands.’

The conglomerate strategy is not always straightforward, sometimes divestment is more appropriate. For example, one of the biggest conglomerates in PNG, Steamships, in recent years has divested itself of the internet service provider, Datec, and the Stop N Shop and Hardware Haus retail stores. ‘We’re nowhere near as diverse as we used to be,’ notes Chief Executive Peter Langslow.

Companies may move into different industries as they evolve. Mainland Holdings, which breeds chickens and farms crocodiles, also used to be a coffee grower and manufacturer, with a mill in Lae. To transport the coffee it even, at one point, owned aircraft.

Steel fabrication company Hornibrook NGI has become a diversified manufacturer, moving into construction, motor transport engineering, bridging and even a hotel. Managing Director Matthew Lewis says the strategy is to avoid being over-exposed to the cycles of the resources sector.

Managing conglomerates can be tricky, which is one reason why they have become rare in developed economies. Clough says at Brian Bell the divisions have a ‘shared service model’; back office functions are company-wide.

Steamship’s Langslow says the focus is on operational efficiency.

Kingston notes that the advantages of diversification are not automatic; the company has to undertake regular strategy reviews based on medium-term forecasts.

But, with so many established PNG companies pursuing the strategy, it seems certain that diversification will remain a popular option.

What’s on the agenda for Papua New Guinea business in 2017?