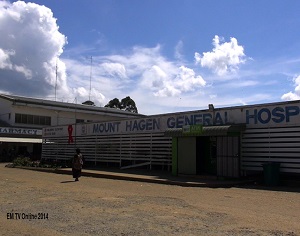 As the population continues to increase in the Western Highlands, the provincial health authority is focused on promoting healthy living for its people.

People living in rural parts of the province continue to die of curable diseases such as tuberculosis; the lack of proper sanitation practices being highlighted as one main contributing factor.

Health officials in the province have revealed that people are at major risk of contracting curable diseases such as typhoid, pneumonia, among others, which affect the rural populace.

The Western Highlands province covers an area of approximately 4,299 square kilometres, with four districts and each district having one or more Local Level Government (LLG) areas. Districts include the Dei District, Mount Hagen, Mul-Baiyer and Tambul-Nebilyer.

As of the 2011 national census, the population stood at 362,850 which, apart from the National Capital District, make Western Highlands the most densely populated province. The population growth of the province continues to place great strain on the provision of health services and poses significant challenges for health authorities in the province.

Sports Foundation Worth One Billion Kina

Doctors in Kimbe Petition Governor over Rise in Attacks on Doctors