The European Union has partnered with the Wabag District Development Authority, and NGO, Tribal Foundation to address law and order problems in the district.

This comes after numerous police and media reports of violence such as the recent election-related violence in the district.

The Wabag District Development Authority under the leadership of its MP, Dr Lino Tom, is partnering with the European Union and Tribal Foundation to stop all forms of violence in the district.

EU Head of Cooperation, Rene Mally says, ’’No one should live in fear in this time and age. EU will continue to support this drive to end violence’’.

EU is also supporting Enga Province to end all forms of violence, by investing in vocational and technical schools in the province as a way forward to create job opportunities for young people to keep them busy.

Tribal Foundation is currently working with 50 women who have been accused of practicing sorcery in the province. 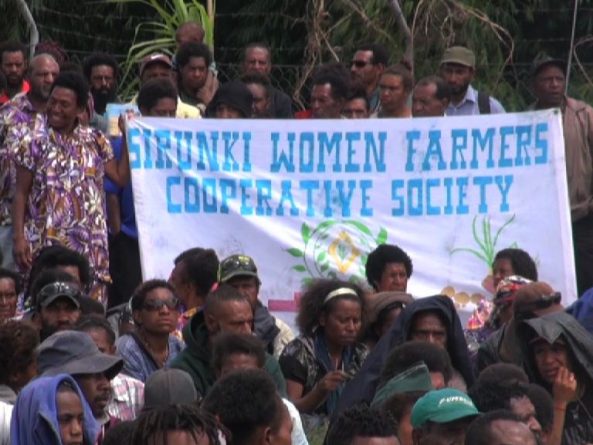 Many Papua New Guineans believe that most deaths today are from sorcery.

Tribal Foundation would like to change that perception as a way of awareness.

’’We must stop this kind of violence. It is spoiling the reputation of our beautiful province and country. Tourist will not come here if you continue to act violent. ’’ Gary Bastin from Tribal Foundation

Local MP, told his people to refrain from such violent activities in future, or they will face the full force of law.

Exxon to Flyout ‘Non-essential’ workers from Earthquake-affected Base