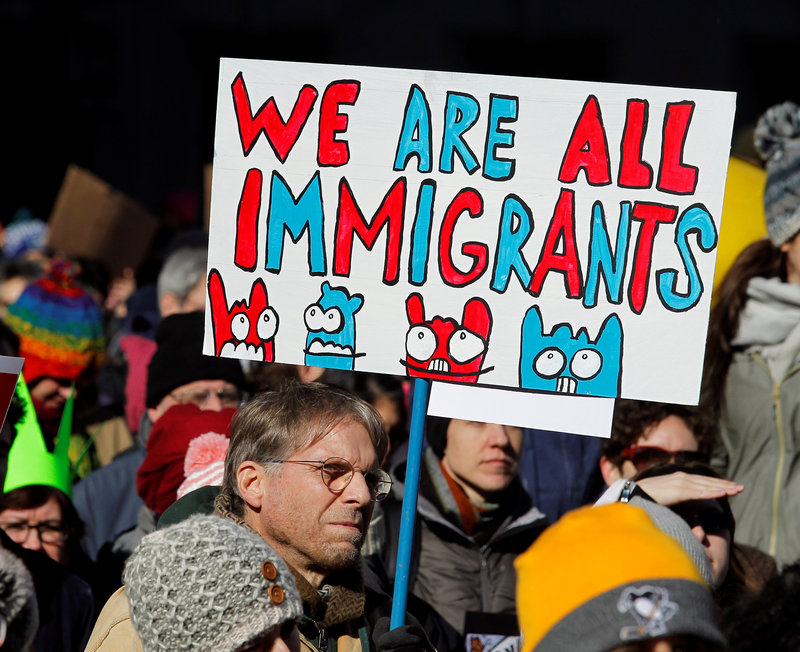 WASHINGTON (Reuters) – The U.S. State Department on Saturday moved to begin admitting refugees, including Syrians, as soon as Monday after a federal judge on Friday blocked a Trump administration temporary ban on refugee admissions.An email from the State Department’s refugee office reviewed by Reuters Saturday said the U.S. government is working with its legal team and interagency and overseas partners to comply with the ruling.

The U.S. instructed the International Organization for Migration “to rebook refugees of all nationalities, including Syrians, who were” to schedule to arrive since the Trump’s order was signed, the email said.

“We are focusing on booking refugee travel through February 17. We are asking that arrivals resume this Monday, the first normal travel day of the week, if possible. We are aware that some refugees may not be ready to depart on short notice,” the email said.

Refugees do not usually enter on weekends, a U.S. official said, as the department hews to a strict set of rules on how their admissions are processed.

Other travellers from seven Muslim majority countries affected by President Donald Trump’s week-old curb on immigration can rework their flights after the judge’s order, as long as they have valid visas.

Refugees fleeing war, hunger and persecution have less autonomy. Advocates working on their behalf urged the government to move quickly on admitting them.

International Refugee Assistance Project Director Becca Heller called for “the instant resumption of the U.S. Refugee Admissions Program to immediately take the most vulnerable refugees out of harm’s way.”

During the week of the ban, the government admitted 843 refugees – but no Syrian refugees, government figures show. Officials previously told Reuters that they were “in transit” and had already been cleared for resettlement before the ban took effect.

For refugee families, they are trying to keep expectations in check and hope they do not end up back where they started.

Ayham Oubeid, a Syrian living in Cleveland, has been waiting for over a year for his brother George’s family to come to the United States as refugees. His brother, who has health issues, is living in Dubai on a work visa that covers him, his six-year-old daughter and five-months pregnant wife.

George left his job and moved the family out of their apartment when he was told they would be resettled in the United States on Feb. 13. But the family’s plane tickets were cancelled when Trump announced the temporary ban. Without George’s job, the family could lose the work visa and be sent back to Syria in the midst of its deadly civil war.

Upon hearing of the judge’s ruling from Friday, Oubeid called George. He was careful not to be too hopeful, knowing the judge’s order could be overturned.