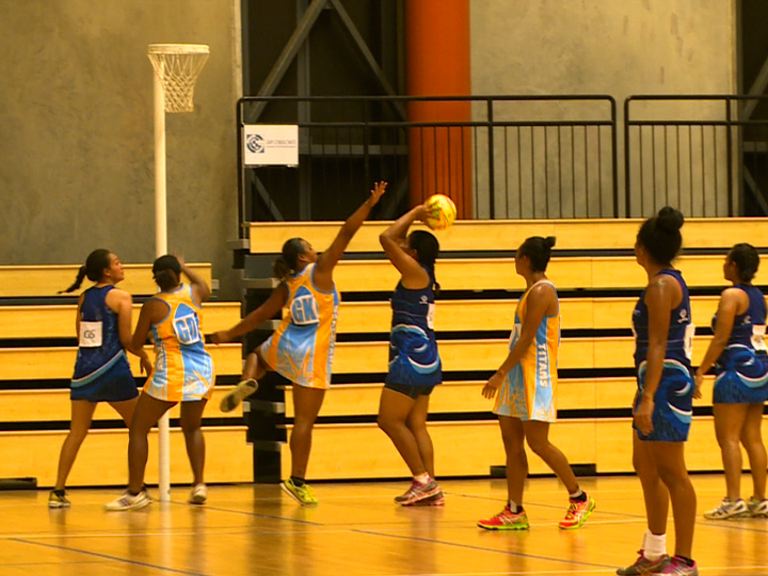 The Port Moresby Association played out round two of the Premier Division last evening at the Rita Flynn Indoor Courts.

Playing in Tiers 1 and 2, were the Veupunamas who defeated Mona, while defending Champions Paramana succumbed to a strong Sparrows outfit.

Defending champions, Paramana this time had challenging opposition from the CC Sparrows.

The first quarter saw a goal for a goal but at a slow pace.

It ended with an 8 – 7 score count in favor of Paramana.

The second quarter saw a growing margin as the Sparrows recorded 16 on the score sheet while their opponents,12.

The competition gained momentum in the second half when the Sparrows up their speed and agility on court, and secured 30 points in just the third quarter, leaving Paramana on 23.

The highlight for the Sparrows came in the last quarter with a total of 43 goals, giving them an accumulative of 96 while the Sparrow trailed behind on 71.

Though the first quarter ended on a 10 all scoreline, but the second quarter saw a change in approach for the Veupunamas who attacked faster, putting the Monas under pressure.

That quarter ended on 17 points to 14 in favor of the Veupunamas.

Despite recovery efforts from Mona, the second half saw them settling for a 12 point deficit and the Veupunamas walked away with a 91-point victory.

And in other matches earlier last evening, CP Rebels defeated Raukele 51 points to 40, while Snax Mermaids were the stronger team beating Telstars 69 – 33.

Round 3 matches will be played next Wednesday, at the same venue.