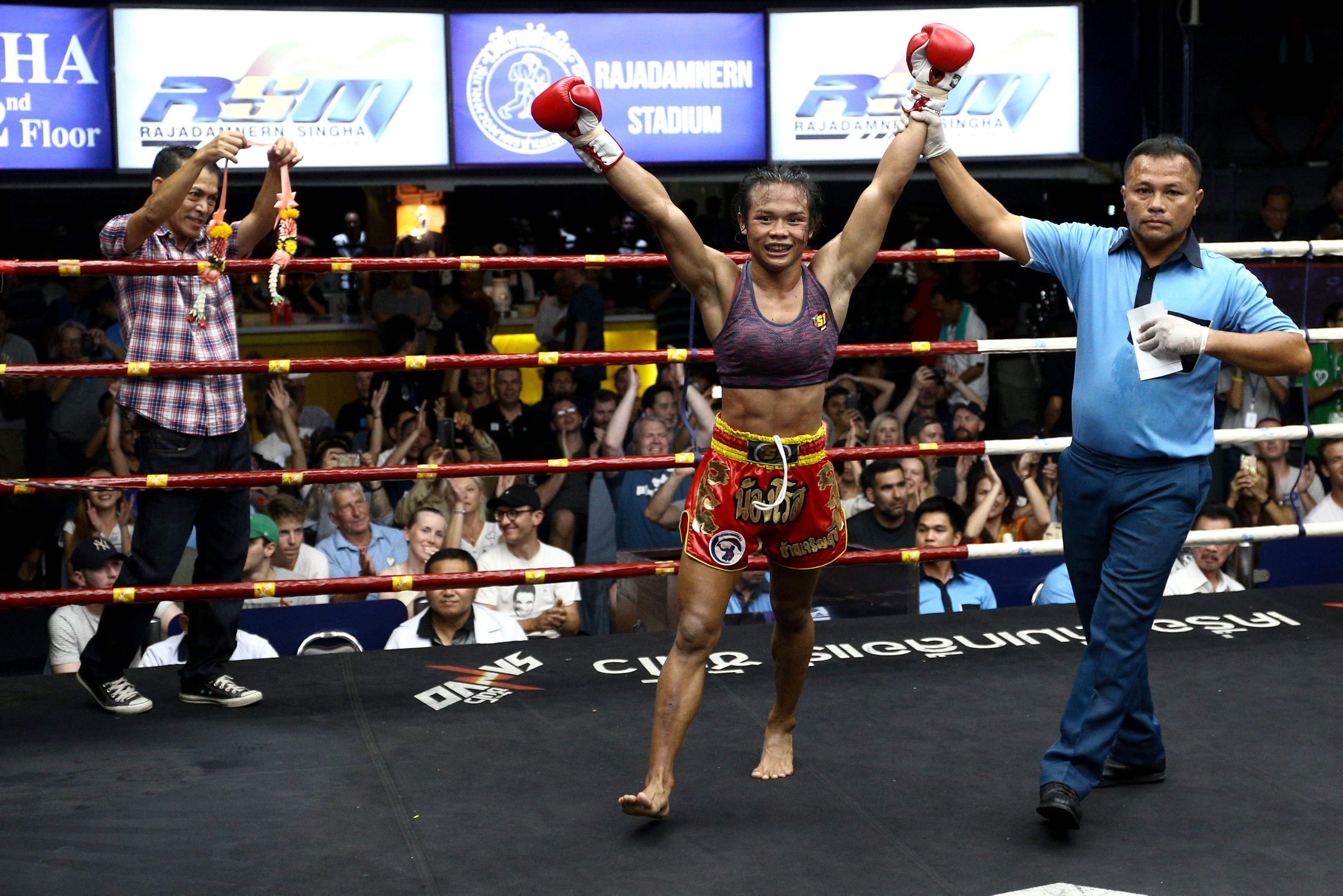 BANGKOK (Reuters) – Clad in a pink tank top and shorts, her face made up with rouge and red lipstick, transgender Muay Thai fighter Nong Rose Baan Charoensuk is a formidable opponent.

Just ask Karun “Priewpak” Kaemlam, a male fighter who lost a thrilling five-round match to Rose, as she is generally known, earlier this month.

“I wasn’t able to fight her strength and big build,” Priewpak said.

“She fights like a man because she is really a man,” added Priewpak, who suffered a gash above his right eye in the fight at Rajadamnern Stadium in the Thai capital.

It was the second consecutive win for Rose in the revered Muay Thai arena after becoming the first transgender boxer to fight there last month.

The crowd was clearly in her corner, cheering wildly for her throughout.

“Being a transgender doesn’t mean that we’re weak,” Rose said after the fight. “We can achieve anything as well.” 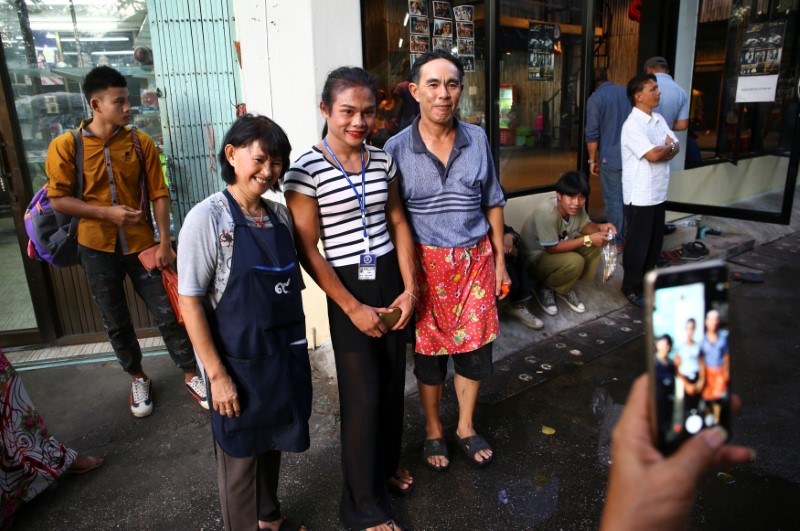 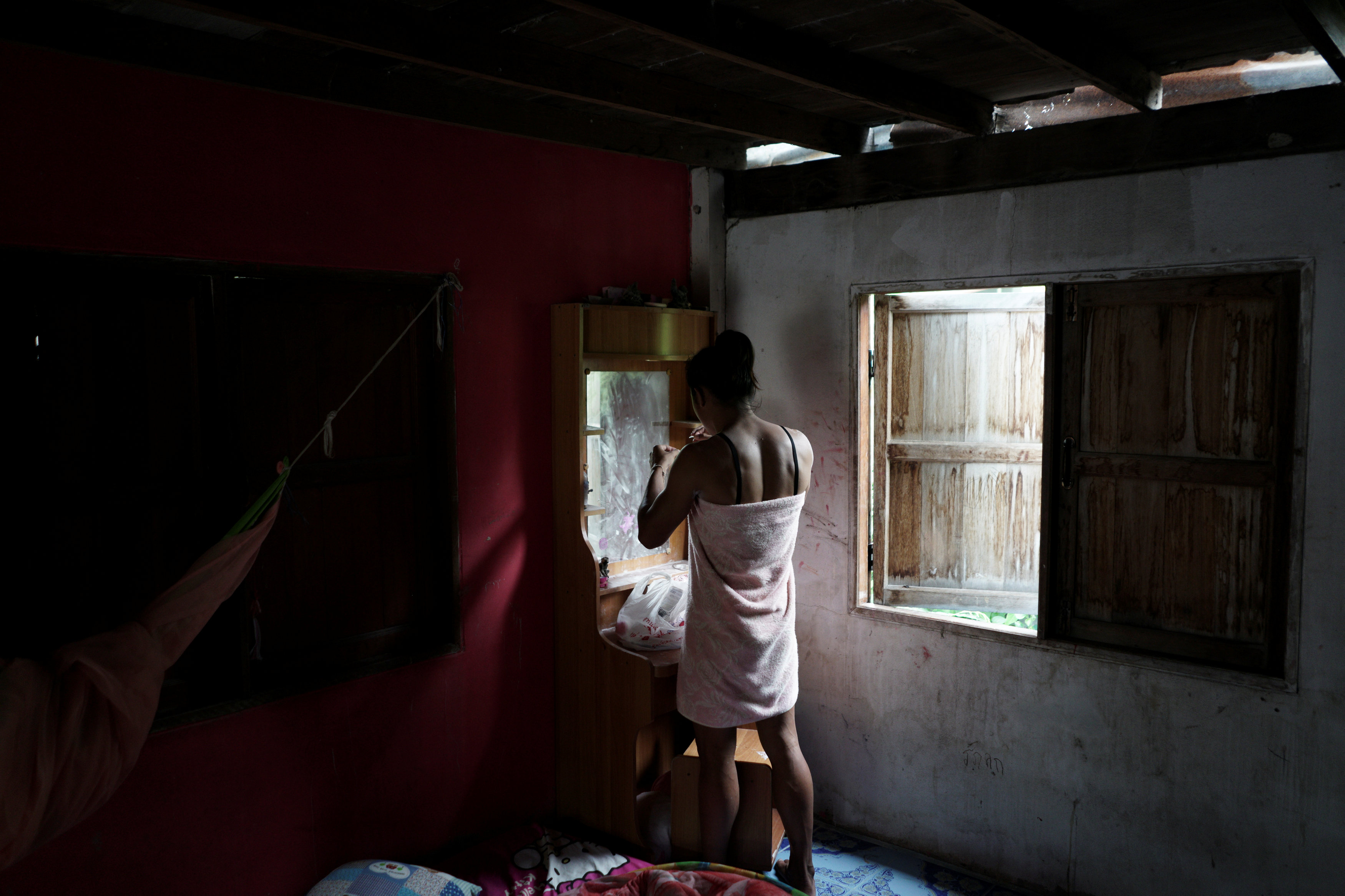 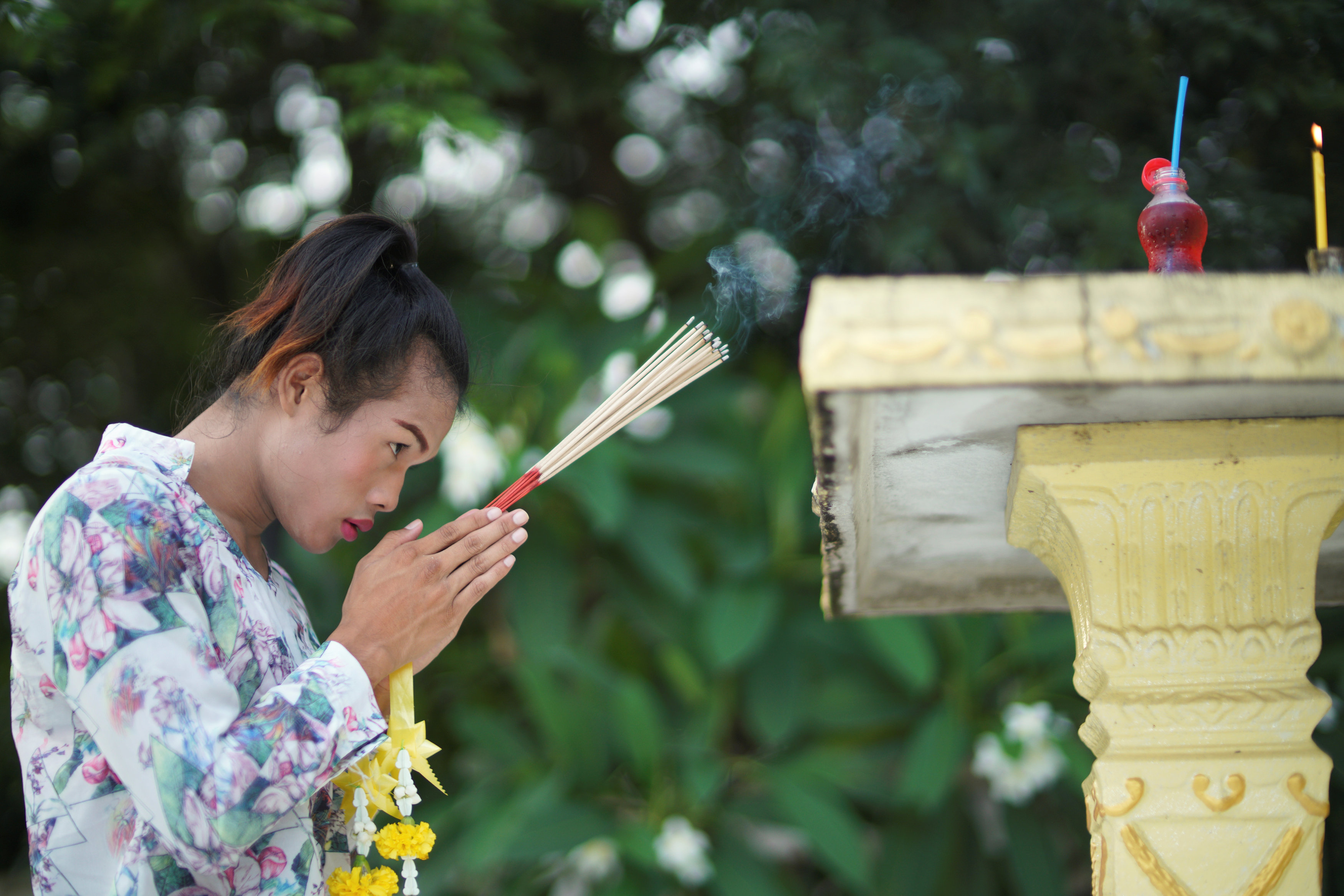 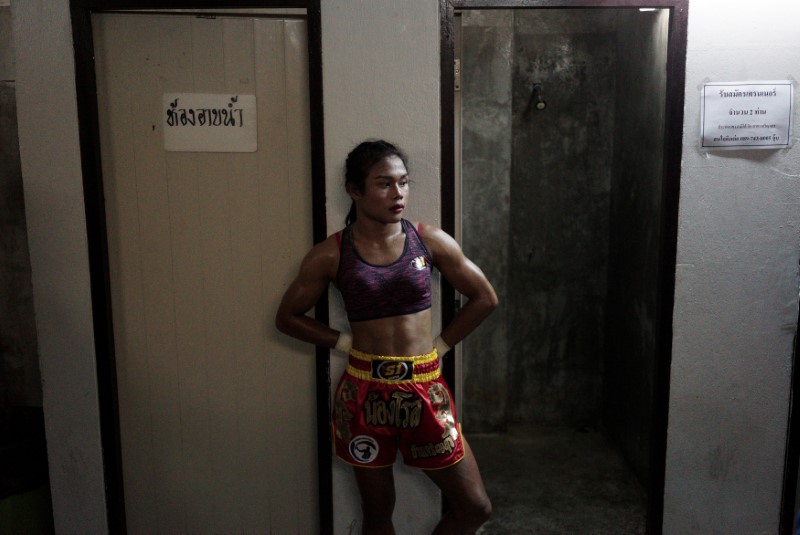 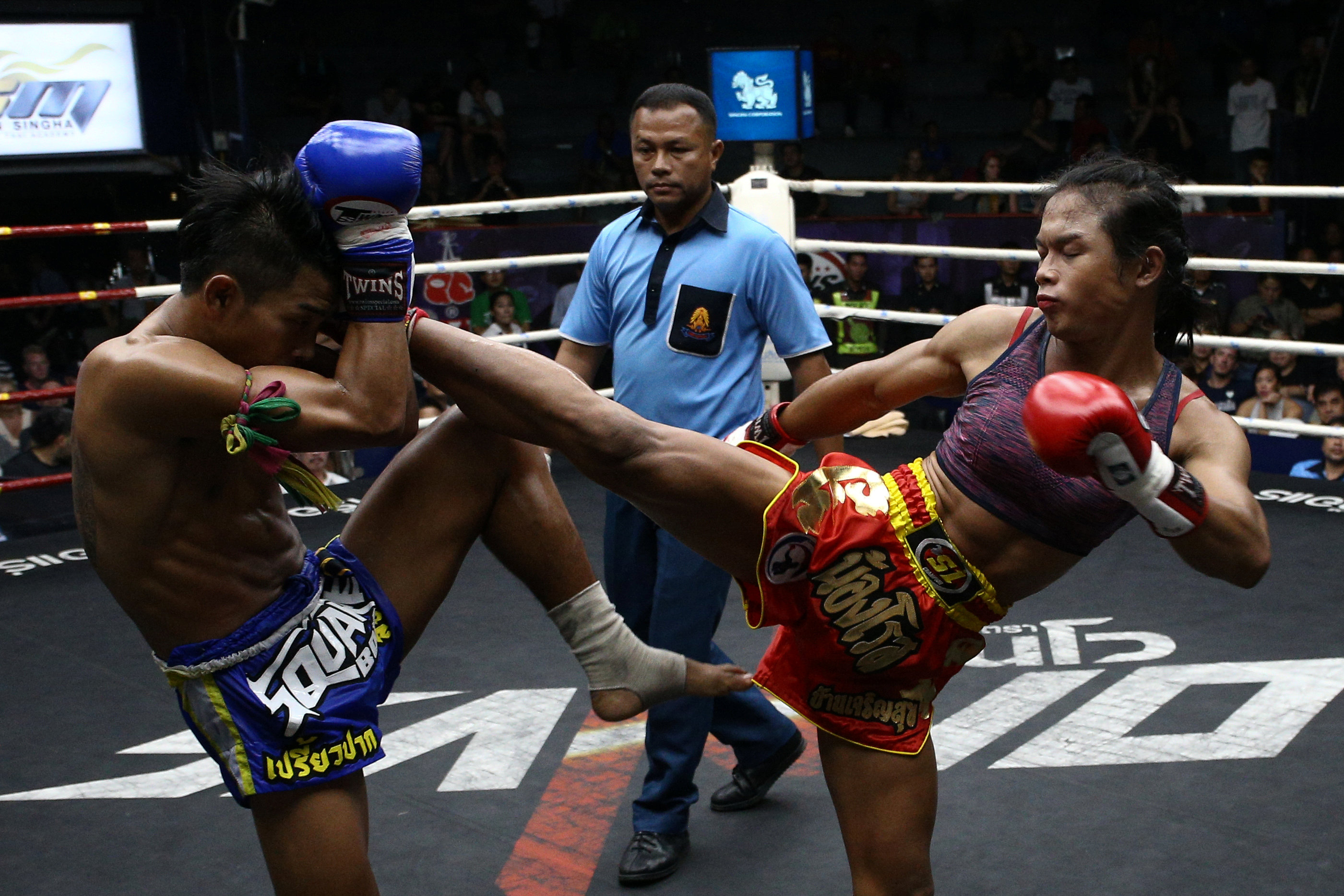 Born Somros Polchareon, Rose said she identified as a woman at an early age and began wearing makeup and a sports bra in the ring. (Click for a photo essay depicting Rose’s life)

In the rural towns where she has done most of her fighting, her appearance disconcerted some of her male opponents.

“They would say they didn’t want to fight with a gay person, as it would be embarrassing if they won or lost,” she said.

“I still face those insults, but I don’t care about them.”

Thailand is widely seen as a paradise for gay and transgender people, but many say they are treated as second-class citizens.

Transgender women figure on television, in beauty pageants and at hair salons and cosmetics counters, but they cannot change their gender designation on identity papers, despite a 2015 law against gender-based discrimination.

After more than 300 fights, racking up 30 of her 150 wins through knockouts, Rose said she was finally allowed to fight at Rajadamnern Stadium.

Puttipong Plukram, the owner of the camp in the northeastern province of Buriram where Rose trains, calls her a “great role model”, citing her diligence in chores and training, and saying she often runs farther than anyone else.

“Everyone respects and adores her,” said Puttipong, 56.

Rose is not Thailand’s first transgender boxer. That was Parinya ‘Nong Toom’ Charoenphol, the subject of the 2004 film “Beautiful Boxer”. Toom eventually ran a boxing school and Rose someday hopes to do the same.

Rose also aspires to be an ambassador for Muay Thai around the world, and urges transgender boxers in rural areas not to be discouraged by early setbacks.

“They have to fall first and overcome that, then the finish line won’t be far out of reach.”

PNG Kumuls Yet to Appoint a New Coach