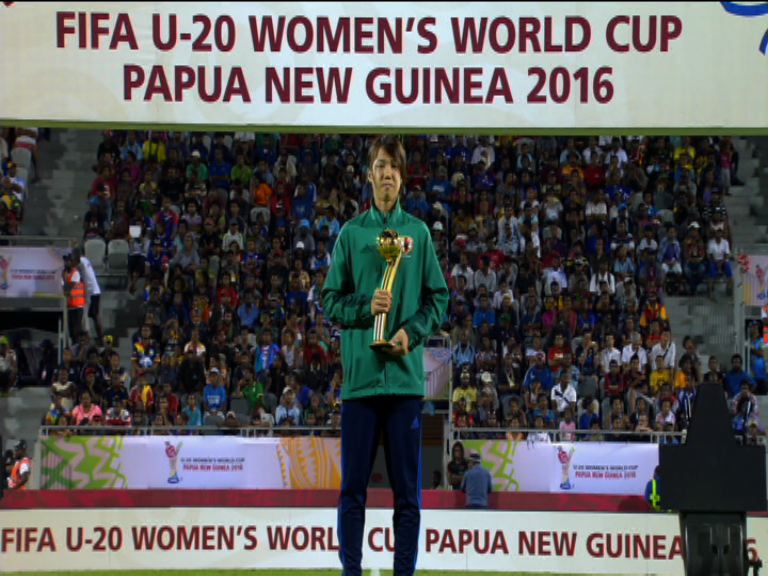 Among the Adidas Gold Awardees of the FIFA U20 Women’s World Cup, 2016, was Japan’s Hinu Sugita.

The second-time awardee who made her debut in the U17 Women’s World Cup, Costa Rica, in 2014, came back into this year’s world cup with a well maintained prowess.

In Japan’s massive wins against Nigeria, Canada and Brazil and a close one over France, Hinu Sugita had shown brilliance with her influence over Japan’s game plays.

For team Japan, this brings the gold tally to 2.

Striker Mami Ueno also struck gold with the Adidas Golden Boot award with a match scoring average of 3, throughout the tournament.

Both Sugita and Ueno, now look at the promising prospect of being part of Japan Nadeshikos senior team.

For Sugita, two years of hard work has paid off, and getting a prestigious award such as the Adidas Golden Ball is overwhelming.