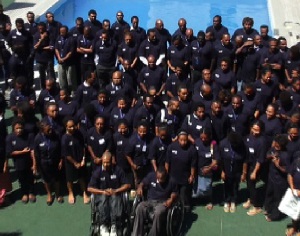 This initiative was announced by the Australian High Commissioner to Papua New Guinea, Deborah Stokes at the Australian Awards Scholarships pre-departure briefing.

The scholarship will be an exchange study program between Australia and Papua New Guinea.

Since 1996, over 2,000 Papua New Guineans have studied in Australia under scholarships programs, benefitting PNG politicians, businessmen and women and senior public officials who are now Australia Awards alumni.

Ms Stokes announced the New Colombo Plan and said that under this scheme, the Australian government will provide scholarships for Australian students to study for a part of their degree at universities across the Asia Pacific Region, including Papua New Guinea.

Leadership is the key to effectively dealing with recurring issues that hinder the provision of goods and service delivery.

Stokes said education brings opportunities and transforms lives. She challenged the scholarship recipients to return to PNG and contribute to the nation’s development.