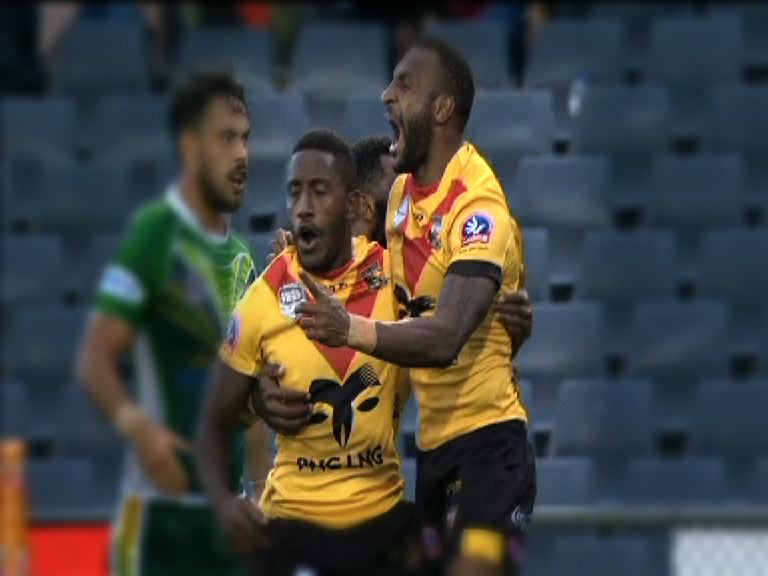 The Kumuls scored their second straight Pacific Test victory with a 32 – 22 win over the Cook Islands.

Fullback Stargroth Amean was the hero for the Kumuls, running in two tries and saving another with a fine cover-tackle on his opposite number Charnze Nicoll-Klokstad.

Both of Amean’s tries came from probing runs down Kumuls left side, and both times he created something from nothing. He said he was grateful for the opportunity, and was humbled to have received the Man-of-the-Match award.

The Man-of-the-Match awardee added, the PNG outfit went into the match, not underestimating the Kukis as they are a strong side.

This was proven by the upbeat chase they gave the Kumuls and closing the gap to a 10-point deficit.

A very humbled Amean, also congratulated the rest of his teams members for a job well done.