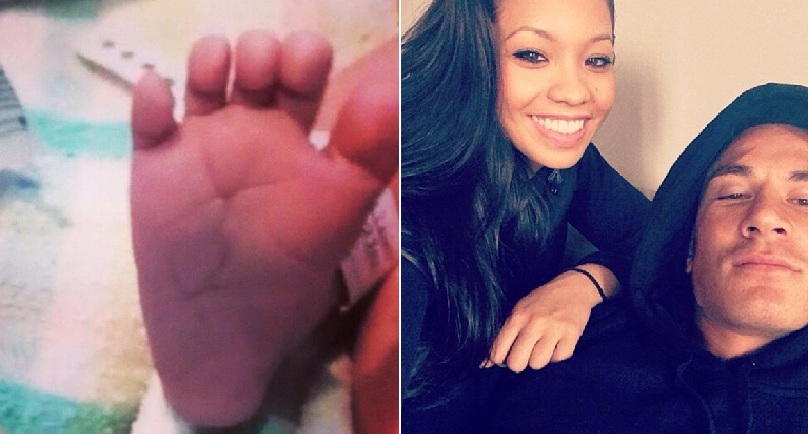 The professional footballer took to twitter, a to picture of their baby daughter’s tiny foot with the caption “the proudest moment of my life #alhumdulliah”, moments after she was born. The hash-tagged term is an Arabic phrase that means ‘All praise and thanks to God’.

According to NZ Herald, the New Zealand rugby player was in Cardiff, Wales and had missed training that day to stay in to watch his daughter’s birth.

Meanwhile, Williams’ 21-year-old wife was in Auckland, and had delivered their baby girl early hours of that morning.

The boxing heavy-weight champion had to watch the momentous event in real time online as he was with the All Blacks preparing for the weekend’s test against Wales.

During a press conference, assistant coach Ian Foster explained Sonny’s absence and said the team was delighted by the news.

“So Sonny, like I said, wasn’t training because he was monitoring the progress of his wife who did an outstanding job from all accounts.”

Sonny and his wife however have not announced the name of their tiny tot but it is understood that they are both doing well.