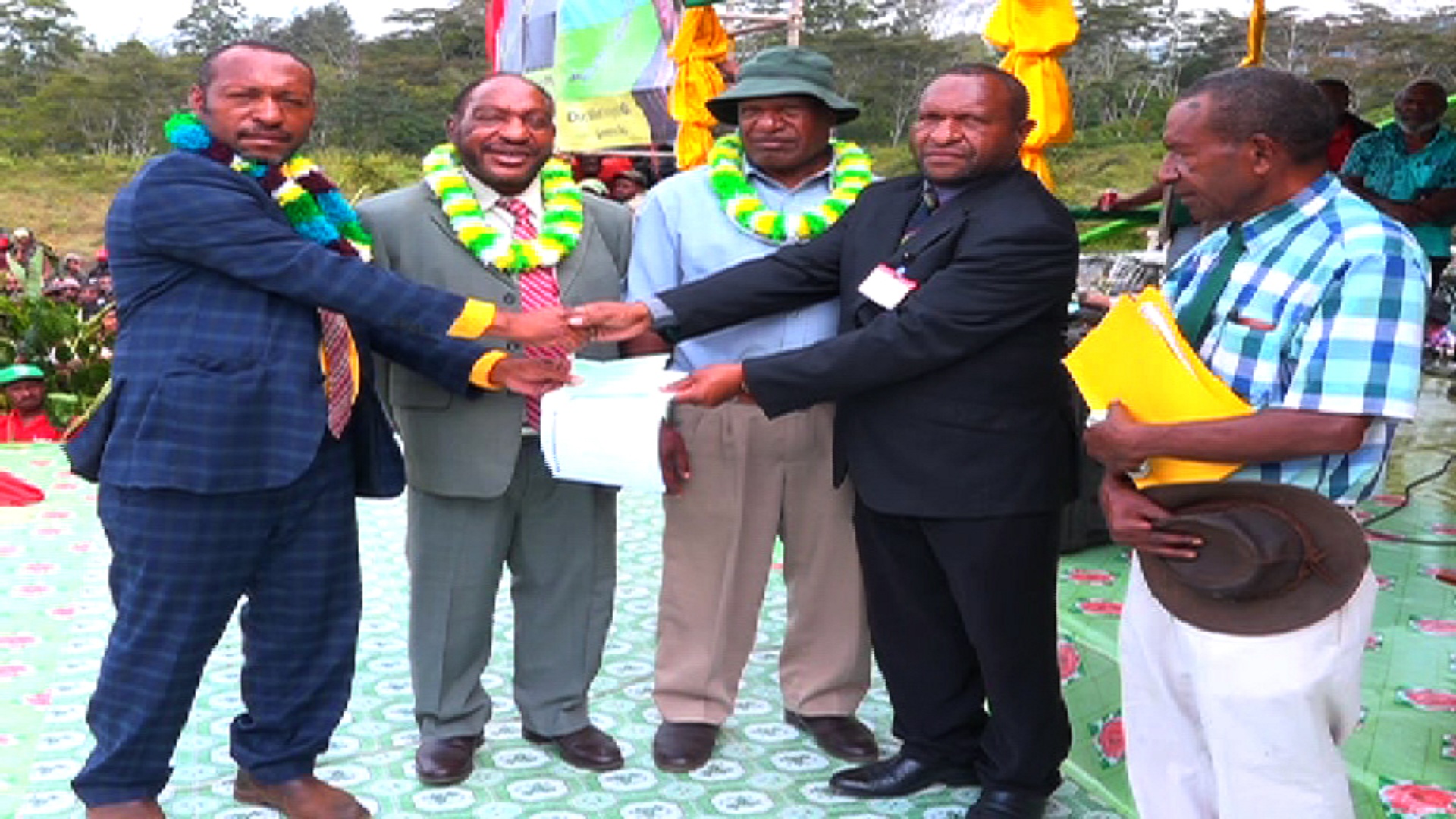 Sir Peter was nominated under People’s Congress Party on Wednesday.

Sir Peter Ipatas told the people of Jiwaka Province that it was a tough decision to leave his party and join the People’s Congress Party.

He officially announced this yesterday that Dr William Tongap will lead People’s Party while he helps the sitting member for Ialibu-Pangia, Peter O’Neill, to form Government this year.

Sir Peter Ipatas said Peter O’Neill has been a true friend of his, when O’Neill became the Prime Minister in 2012.

O’Neill supported some of his policies such as the Free Education Policy.

Sir Peter said the Enga Provincial Government has always been paying school fees and providing scholarships to Enga students, until O’Neill became the Prime Minister and assisted them.

Because of that, Sir Peter made the decision to join PNC.

Dr William Tongap had an emotional rally yesterday at the new Kurumul headquarter of Jiwaka Province.

He recalled how he took office in 2012 as the Governor of the new Province of Jiwaka.

Tongap recalled having no office, vehicle or staff to work with.

After three years, Jiwaka now has a new headquarter and all the Government offices and services.

He is now the Party Leader for People’s Party, a political party which focuses on people first.