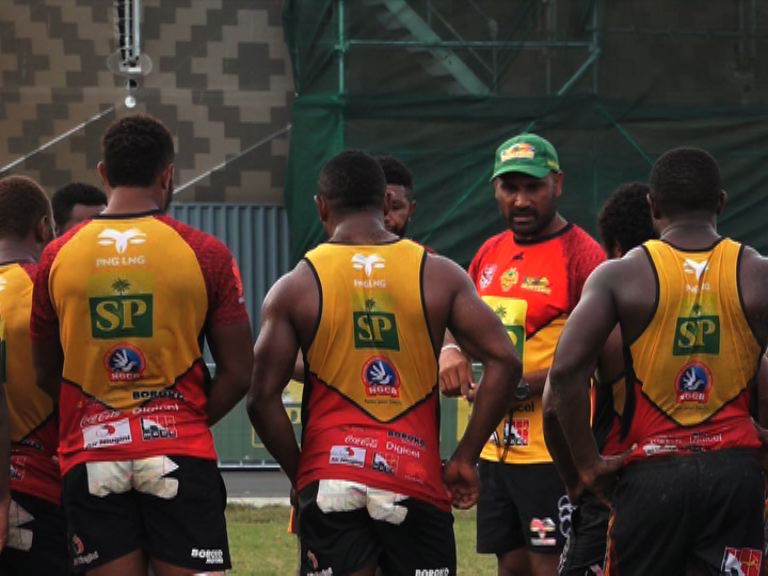 The SP Hunters have gone through one of their toughest training camps to date. Because they are 6 weeks behind schedule, Coach Michael Marum has pushed the train-on squad into intense fitness training in their first week of camp.

There’s only 12 weeks left before the start of the 2017 Intrust Super Cup competition.

Three weeks is not enough time to have a team prepared. Last week had shown if these players can continue training on their own.

Seven players were released from the squad because of various reasons.

The first being co-captain Noel Zeming who withdrew from the squad to concentrate on his career.

Stanley Olo and Bradley Yano did not pass medical tests on an injured ankle and arm respectively.

Tuvi Lepan failed to arrive in Port Moresby after missing his flight, while Bernard Goma was late to arrive in camp on Sunday.

Timothy Lomai and Warren Glare were released, following tests that their fitness levels were not up to the required standard.

Marum said, the remaining 45 players will continue to be put through the rigorous training program, and their fitness levels will be monitored.

They will spend another week in Port Moresby before travelling to Goroka next Saturday, December 17, through to the 23. After that, the players will go for Christmas and New Year break.

While in Goroka, the squad will be joined by the Highlands Academy and selected Highlands and Northern women players.

The Intercity Cup franchise trainers and coaches will also attend.

The final 30-man squad, and staff to take part in the 2017 Intrust Super Cup season will be announced a week later.

Haiveta: What about Gulf roads?