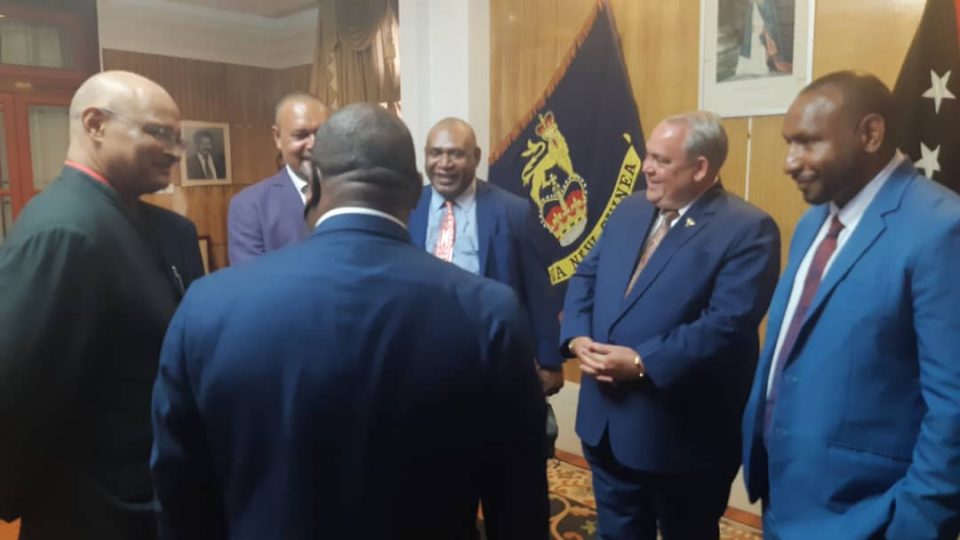 While People’s Party man, Davis Steven loses his deputy prime minister seat to ULP, he maintains his portfolio as the Attorney General.

A new ministry has also been created with Member for Kundiawa Gembogl and United Resource Party member, William Onglo as the new Energy Minister.

Prime Minister James Marape in a statement said this new ministry is critical as it will coordinate the development and implementation of benchmark policies to deliver power to villages, regions, towns and cities.

And following his return from the Autonomous Region of Bougainville where he pledged to give back powers to the Bougainville Government and fulfil funding commitments successive governments have made to Bougainville, Prime Minister James Marape has taken over as the Minister for Bougainville Affairs.

The new ministers were sworn in at Government House this afternoon.

Marape said these changes to the cabinet will consolidate stability, enhance leadership at the political level to drive key policy priorities of the Government and will capitalize on the skills and capabilities of individual ministers.

National Government Committed to Give Back to Bougainville