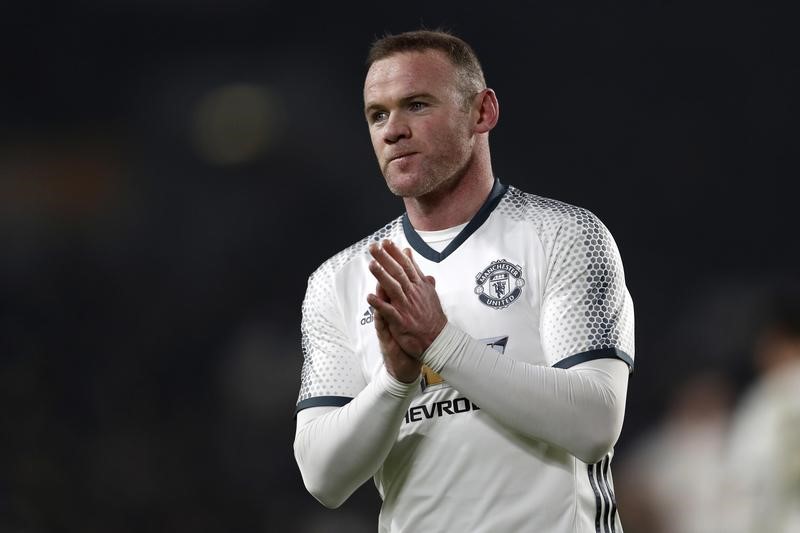 LONDON (Reuters) – Manchester United’s Wayne Rooney intends to stay at the club, ending speculation that he could move to China.

“Despite the interest which has been shown from other clubs, for which I’m grateful, I want to end recent speculation and say that I am staying at Manchester United,” Rooney said in a statement on Thursday.

British media had reported that Rooney’s agent, Paul Stretford, was in China to see if he could negotiate a deal for the England forward to leave United and join the fast-growing Chinese Super League.

Rooney, 31, has been unable to command a regular starting place under manager Jose Mourinho and faces a race to be fit for a likely substitute’s role in the League Cup final against Southampton at Wembley on Sunday.

He missed his club’s Europa League win at St Etienne on Wednesday with a hamstring injury and Mourinho said he could not guarantee that the player would still be at Old Trafford for the final year of his contract, which expires after the 2017-2018 season.

In January Rooney broke Bobby Charlton’s club goal-scoring record but has fallen behind the likes of Paul Pogba, Ander Herrera, Henrikh Mkhitaryan and Marcus Rashford in the competition for a first-team place.

In the statement, on United’s website, he said: “I hope I will play a full part in helping the team in its fight for success on four fronts.”

Rooney, who joined United from Everton as an 18-year-old, began the season in the first team, scoring in their opening Premier League match — a 3-1 victory at Bournemouth.

Yet he has fallen down the pecking order under Mourinho, making only eight starts in 17 Premier League appearances this season, and scoring just two goals.

Rooney, who joined United in 2004, broke Charlton’s Manchester United scoring record on Jan. 21 when he scored their equaliser in a 1-1 draw at Stoke City — his 250th goal for the club.

He is also England’s top scorer, overtaking the same player when he scored his 50th international goal, against Switzerland in September 2015.

He hopes to add to his current tally of 53 — and 119 caps — but was dropped for the first time in his England career by manager Gareth Southgate for the World Cup qualifier against Slovenia in October, although he returned to captain his country against Scotland a month later.

His hopes of beating Peter Shilton’s England appearance record of 125 internationals look doubtful, but if he had moved to China, where British media reported he could have more than doubled his current 300,000 pounds ($376,230)-a-week wages, they would likely have been non-existent.

Young People Involved in a Mock Youth Parliament in Bougainville