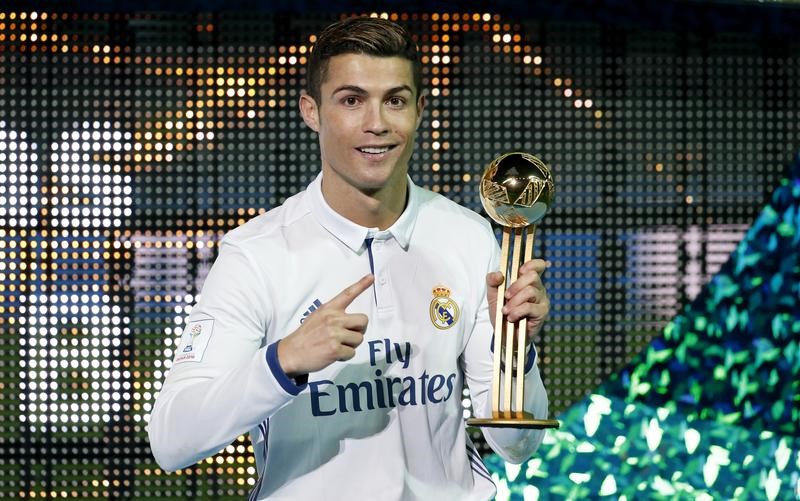 MADRID (Reuters) – World Player of the Year Cristiano Ronaldo has turned down the chance to leave Real Madrid for an unnamed Chinese club for a transfer fee of 300 million euros (257 million pounds), his agent said on Thursday.

Speaking to Sky Italia at the Globe Soccer Awards in Dubai, Jorge Mendes said the deal would have been worth 100 million euros a year to the Portugal striker.

“From China they’ve offered 300 million euros to Real Madrid and more than 100 million per year to the player,” Mendes was quoted as saying.

“But money is not everything. Real Madrid is his life. Cristiano is happy at Real Madrid and it is impossible to go to China.

“The Chinese market is a new market. They can buy a lot of players but then again it is impossible to go for Ronaldo.”

News of the offer made to European champions Real came on the same day Argentine striker Carlos Tevez joined the Chinese Super League side Shanghai Shenhua from Boca Juniors.

I tried to kill myself, says former world champion Hatton

Cricket PNG and BSP’support “School Kriket for People with Disabilities”