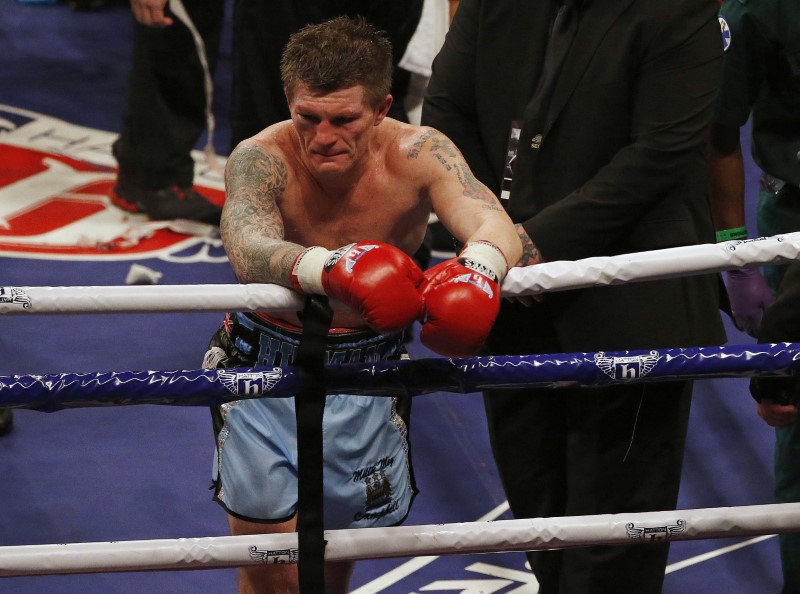 LONDON (Reuters) – Former world boxing champion Ricky Hatton tried to kill himself when he suffered from depression after quitting the ring, the Briton said on Thursday.

Hatton, who won titles at light-welterweight and welterweight, retired in 2012 but had already been struggling with depression, drink and drugs.

“I tried to kill myself several times,” the 38-year-old told BBC radio. “I used to go to the pub, come back, take the knife out and sit there in the dark crying hysterically.

“In the end I thought I’ll end up drinking myself to death because I was so miserable.”

Hatton, who registered 45 wins in 48 bouts, said that even if he did not always drink he still could not cope with depression and that led to cocaine use.

“I was coming off the rails with my drinking and that led to drugs. It was like a runaway train,” he explained.

Hatton, who now works as a trainer and agent, said fighters needed a support system like footballers, especially after retirement when many found life tough outside sport.

He added that the poverty from which most boxers emerge does not prepare them for life after boxing.

“The thing is with boxers … we come from council estates so it’s very, very hard,” said Hatton.

“It’s an individual sport so you get in the ring on your own and then when you retire you tend to spend the rest of your life on your own.”

Hatton’s best performance came in 2005 when he stopped Australian Kostya Tszyu to add the IBF light-welterweight title to the WBU belt he already held.

He had a perfect 43-0 record until he was floored by Floyd Mayweather Jr in Las Vegas in 2007 and was never the same again.

All Blacks prop Faumuina to play in France next year