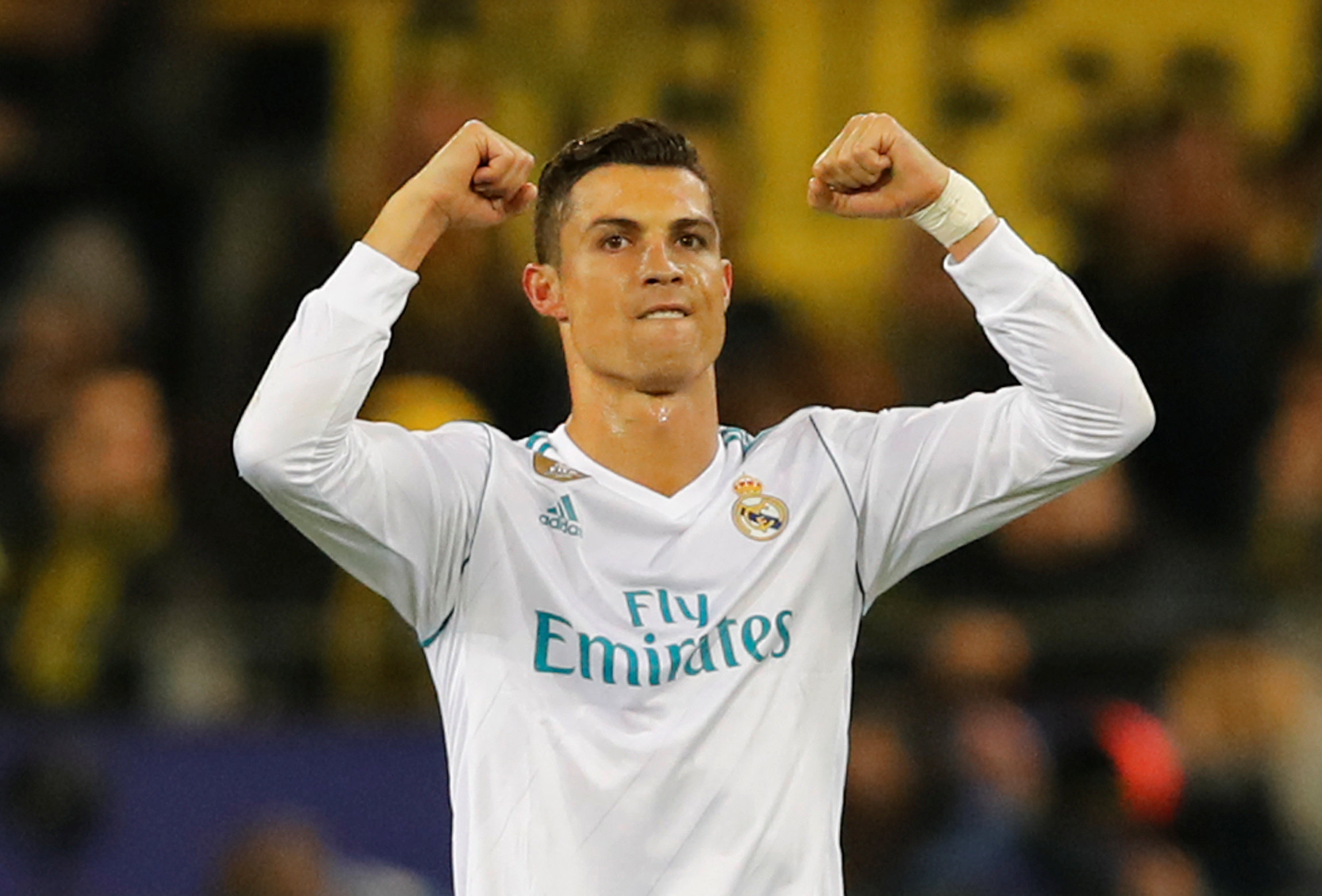 DORTMUND, Germany (Reuters) – Cristiano Ronaldo scored twice in his 150th European appearance to give Real Madrid a 3-1 victory at Borussia Dortmund, their first against them in Germany, and make it two wins out of two matches in their Champions League Group H.

Ronaldo, who has now scored 411 goals in his 400 Real appearances, grabbed their second of the evening after a fine effort from Welshman Gareth Bale, who had put them ahead with a superb volley in the 18th minute.

The Spaniards punished the hosts for playing too high and found the gaps they needed to score. The Portuguese killed off the match, thumping the ball past keeper Roman Buerki in the 79th.

Pierre-Emerick Aubameyang briefly pulled one back in the 54th but the Germans could not replicate last season’s two-goal comeback to draw.

Real, whose lacklustre start in La Liga has left them in sixth place seven points off leaders Barcelona, have six points, level with Tottenham Hotspur who beat APOEL Nicosia 3-0. Bundesliga leaders Dortmund are in joint-last place without any points, after losing their opener at Spurs.

“We knew after so many years we’d finally win here one day and today was the day,” said Real captain Sergio Ramos. “It was tough but we showed our personality and authority. We want to rediscover our best and I think tonight was a step in the right direction.”

It was always expected to be a rollercoaster game and the two sides did not disappoint, shooting instantly out of the blocks.

Dortmund’s Jeremy Toljan sprinted clear but his pinpoint cutback was cleared at the last moment with Aubameyang lurking at the far post after three minutes.

Daniel Carvajal responded with a fine solo effort and Ronaldo also came close a little later but the Spaniards were lucky not to concede a penalty when Ramos cleared a Maximilian Philipp effort on the line with his hand.

But there was no luck involved when Bale raced into space and perfectly volleyed in a smooth Carvajal cross in the 18th to shock the home crowd.

Dortmund did not back down though and Raphael Varane had to come to the rescue right after the restart, clearing a Andriy Yarmolenko cross on the goal line.

“We had our chances but Real did it really well,” said Dortmund’s Gonzalo Castro. “With players like Bale and Ronaldo they really know how to take advantage of the gaps. It is too dangerous against such teams to stand too high up the pitch.”

It was Real who scored again when Bale was given far too much space to cut in and find Ronaldo in the heart of the box in the 50th.

The Germans quickly pulled a goal back with Aubameyang stabbing in a Castro cross to keep the game tight, until Ronaldo broke clear and fired in their third goal and their 14th in the last seven Champions League matches.