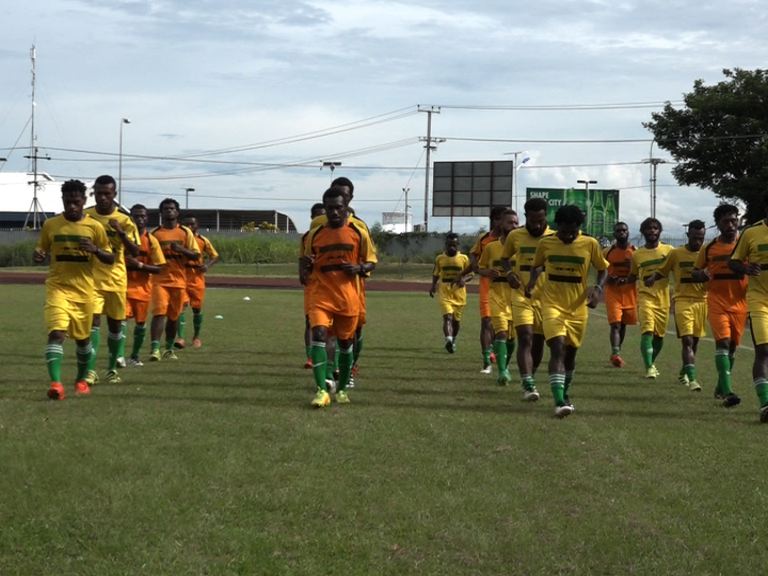 In the opening match for Group C at 1pm, Vanuatu’s Malampa Revivors will meet Papua New Guinea’s Lae City Dwellers in their battle to earn an early lead on the ladder.

With Malampa Revivors coach, Percy Avock, yet to arrive in Auckland, assistant coach, Steven Ham, has taken the reins for their final Auckland-based team trainings leading up to match.

Despite Avock’s absence, Ham is confident in the side after the commitment and discipline they have displayed during his brief stint at the helm.

“We have been working so hard and I’m sure we are now prepared for the first game in front of us,” he said.

“We know that Lae City Dwellers have already participated once in the Champions League, and this will be their second time, but we will try our best to play for our colours and our team. We know that they are very strong but we have been preparing hard for that.”

“We have enough strength and fitness, and we have a good strategy for the game in front of us.”

After finishing bottom of their group in last year’s OFC Champions League, Lae City Dwellers have returned to Auckland seeking redemption, and coach Peter Gunemba believes the side is more prepared than ever to claim to win against their Ni-Vanuatu opponents.

“We went to Fiji last week and had two friendly matches against the two Fijian teams, and it really boosted our morale when we won both games. Then we played a local team here last night which has also boosted our confidence,” he said.

“Malampa is a new team to us and I don’t know how they play or what kind of players are in there and the style of football they play. We’ll just have to go in and see how we play against them.

“I don’t know the other team’s strength and weaknesses but I know we have fast, young players in the team. We are very fast and our style of play is very fast, and we are prepared to face any team.”

Lecomte to Swim the Pacific Ocean