The PRK Gulf Isou rugby league team is gearing up for another gruelling year in the Intercity Cup competition. They are 11 days away from playing their first match against the Enga Mioks in Port Moresby.

Despite the PRK Gulf Isou’s horrendous start to last year’s pre-season camp, they have kicked off this year’s pre-season on a high. They have had 10 weeks of training, and have finalised their 34 member team. Positive signs were shown in recent weeks in their trial matches, against other rugby league clubs.

This year, they aim to make it into the top 5, and hopefully to the finals playoff. Today, (Wednesday, March 27) the team received K125, 000 from Prima Small Goods. This is the second year Prima has sponsored the team.

Prima Small Goods National Sales and Marketing Manager Kola Geri, says with this sponsorship they hope it will further develop the team and the different programs they have.

According to Coach Norris Selu, the team is looking sharper than ever with only a few issues to brush up on. They’ve had a tough pre-season and are ready to take on the 2019 Intercity Cup competition.

Though it will be tough, they hope to not only make the top five but to also produce a few SP Hunters prospects. 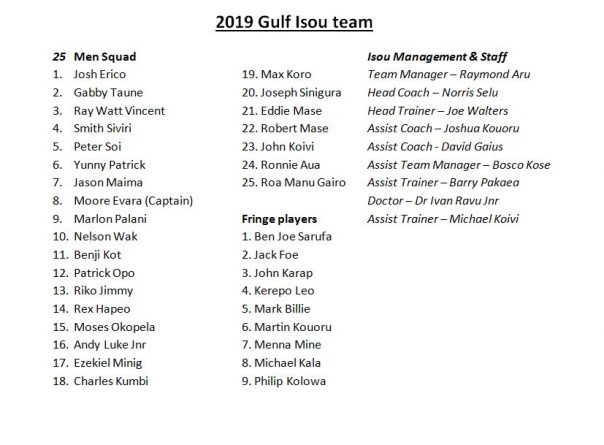 PNGEITI appoints Abel to Board