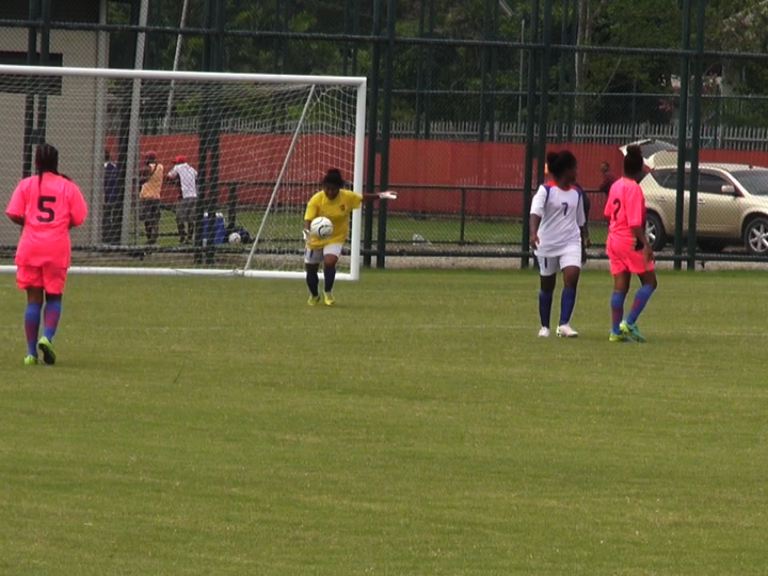 The Port Moresby Soccer Association (PMSA) had its round two of the pre-season competition today.

In the women’s division, the Mungkas and the Gurias had a go at each other’s goal mouths at the Bisini Sports precinct.

The first half saw a slow start for the Guria ladies, as the Mungkas scored 3 consecutive goals.

In response, the Gurias, scored just before half time, and that set the scoreline at 3 – 1 in favor of the women in pink.

The second half saw a more alert Gurias side, as they defended their third well but failed to attack at given opportunities.

Their opponents, on the other hand, maintained presence in the Gurias’ third.

By fulltime, the score remained at 3 – 1 in favor of the Mungkas.

Meanwhile, the men’s match between the Huawei PS United, and Momase saw the PS side come out on top.

A PS United point was secured early on in the first half.

An eye-opener for the Momase side who switch on defence mode, and PS was not able to score again.

So their defences went up as well.

At half time, it was a 1-nil scoreline in favor of the Huawei PS United.

The second half saw countless attempts again by the Momase side, but the PS men made sure the score stayed as it was till full time.