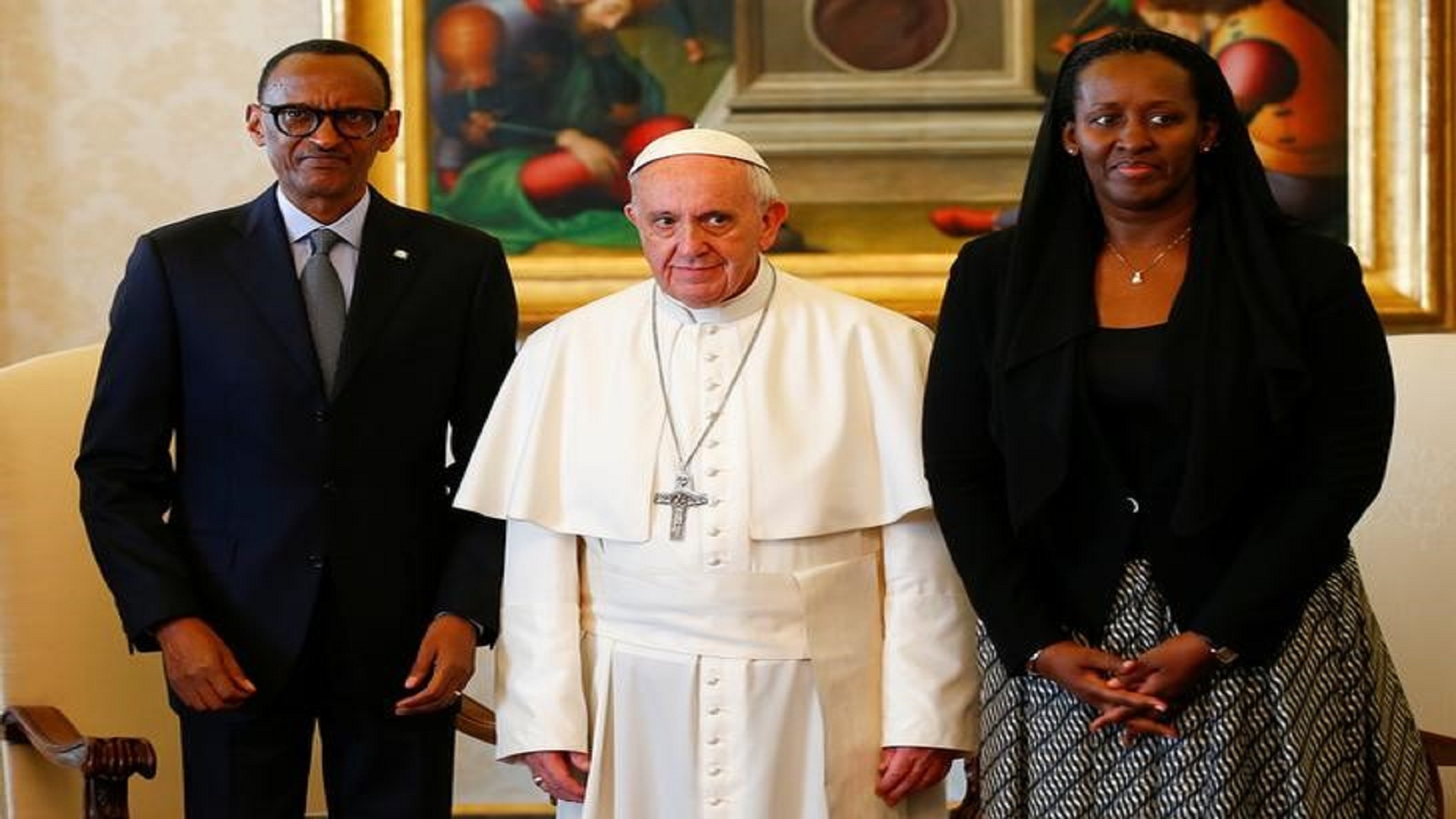 Image: Pope Francis poses with Rwanda’s President Paul Kagame and his wife Jeannette during a private meeting at the Vatican March 20, 2017. REUTERS/Tony Gentile

VATICAN CITY (Reuters) – Pope Francis asked for forgiveness on Monday for the “sins and failings of the Church” during Rwanda’s 1994 genocide, saying he hoped his apology would help heal the African state’s wounds.

But Rwanda’s government indicated it felt the apology did not go far enough, saying the local Church was still complicit in protecting the perpetrators of the genocide.

At a meeting with Rwandan President Paul Kagame, Pope Francis said that priests and Roman Catholic faithful had taken part in the slaughter of some 800,000 people from the ethnic Tutsi minority as well as moderates from the Hutu majority.

“(The pope) implored anew God’s forgiveness for the sins and failings of the Church and its members, among whom priests, and religious men and women who succumbed to hatred and violence,” the Vatican said in a statement.

An official Rwandan statement repeated the government’s long-standing accusation of Catholic complicity in the massacres.

“Today, genocide denial and trivialisation continue to flourish in certain groups within the Church and genocide suspects have been shielded from justice within Catholic institutions,” said a government statement.

Kagame, a Tutsi, led a rebel force to halt the slaughter in 1994 and accusations immediately surfaced that some priests and nuns had taken part in the killings.

Some of the ugliest massacres were committed in churches, missions and parishes where Tutsis who took shelter were hunted down by extremist Hutu militias.

A U.N. court in 2006 jailed a former Catholic priest for 15 years for ordering bulldozers to level a church, killing 2,000 people who were hiding inside.

Rwandan authorities have said other clergy implicated in the killings were allowed to start new lives in Europe and were protected by the Church.

A Rwandan military court sentenced a missing priest in absentia to life in prison on charges of rape and delivering Tutsi refugees from his church to militias who killed them.

Later arrested in France, where he was a popular priest in a rural parish, his case was eventually dropped and he was allowed to remain working at the parish. He has denied the charges.

The Catholic Church in Rwanda last year offered an apology, saying some of its members had fanned the ethnic hatred that led to the killings, but Kagame said at the time that he wanted the pope himself to say sorry.

“Why doesn’t he apologise like he does with other cases where more minor crimes were committed by comparison with here?,” he said, referring to sexual abuse cases where the pope has regularly apologised to victims and their families.

Francis said on Monday he hoped his “humble recognition of the failings of that period, which, unfortunately, disfigured the face of the Church, may contribute to a ‘purification of memory’ and may promote, in hope and renewed trust, a future of peace”.