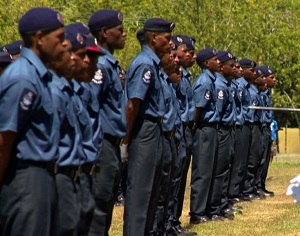 The police ethical code of conduct needs to be revisited and given more emphasis in order to minimise cases of brutality and misbehaviour.

Police Acting Departmenty Commissioner of Operations, Jim Andrews, says the ethical code of conduct is one solution to police misbehaviour. But he also says more emphasis is needed in the Police Training College and work stations.

Over the years, reports of police brutality and misbehaviour by police have increased, but little has been done in strengthening the police code of conduct.

Mr Andrews says the management is planning to revisit the code and strongly emphasises it in college and working areas.

Meanwhile, the department is emphasising tougher penalties on indisciplined officers, but within the constabulary still more effort is needed.

At the same time she said the Australian Government is willing to assist PNG’security Forces during the 2018 APEC Summit in Port Moresby.