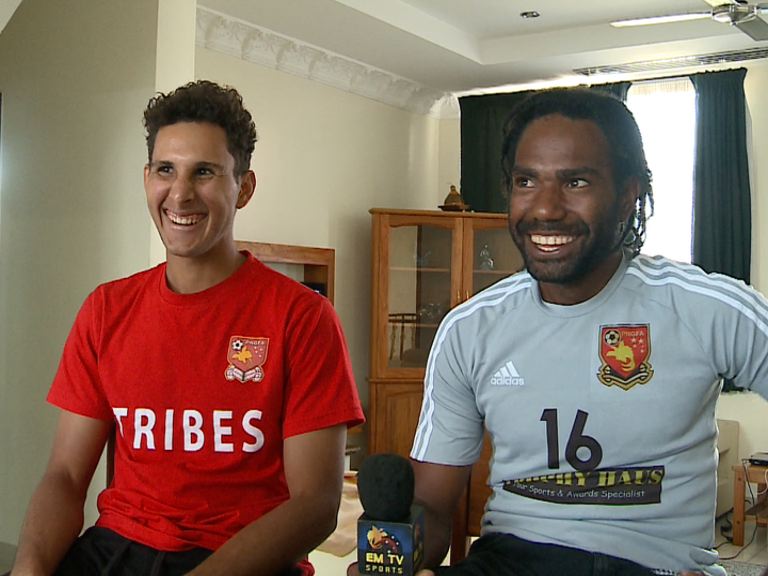 PNG Goal Keepers, Kusuga Komolong and Roland Warisan, are excited to be back in camp for the upcoming fixture against Solomon Islands.

For Roland Warisan, it’s been a long road from playing in Lae Top’s tier competiton, to then taking the stage internationally with Lae City Dwellers in the OFC champions League.

As an experienced campaigner, he is as eager as ever to be wearing the national jersey again.

Warisan has said the mood within the camp has been good so far, and working alongside the new breed of PNGs keepers has been a humbling experience.

One of those keepers, Kusuga Komolong, an 18 year old, the newest and possibly youngest member of the current squad. Kusuga Komolong made his own debut, replacing the injured Warisan in the dying stages against Tahiti, and he feels far more confident as a player now than he was then.

Komolong’s selection into the national team came about from a series of incidents which involved injured Keeper Charles Lepani.

Flemming Serritslev, the national coach, with no replacement, called Komolong (a by-stander) to join the training side, leading to his eventual debut for the country.

Both players are hoping for positive results against the Solomon’s in June, as PNG look to make the next stage of qualifying for Russia 2018.

Lae Police zero in on suspects and illegal firearms, with community support

PMs 13: Mead, McDonald and Martin Will Not be taking Part