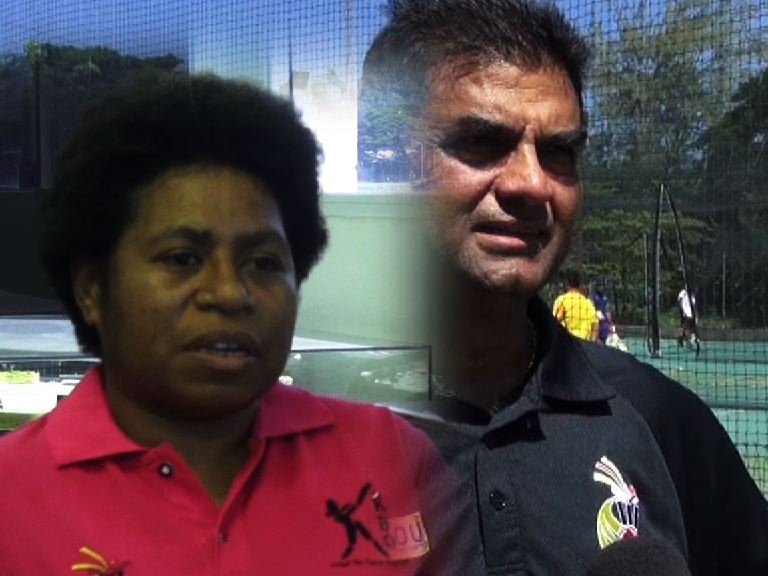 With a week left before the SP Sports Awards, nominated sporting teams and individuals in Papua New Guinea have their own stories to tell and their own achievements in 2016 to be proud of.

Cricket PNG, for one, has the Barramundis Captain, Assad Vala, up for the Male Athlete of the Category, The Barramundis nominated for the Team of the year.

The Girls Empowered through Kriket program was nominated for the Community Initiative Category.

Since its establishment in 2015, the Girls Empowerment Through Kriket program has grown in participation, with a recorded total of over 800 participants in last year alone.

The program strives to increase female participation in playing hard ball cricket, and empower them through educational sessions on social and health issues.

It is mainly targeted at Secondary schools here in Port Moresby and has since received male participation, since all schools involved are co-ed. And there are future plans to reach out to outside centres.

Though the challenge is to always make it suitable for the school terms to accommodate, the program is always present.

When asked about the GET Kriket Program, nominated for the SP Sports Awards 2017, under the Community Initiative, a thrilled Ms Komang said this only proves that they have executed the program well.

Komang is happy with everyone who has done the hard yards to make it a success. She also congratulated fellow nominees PNG Basketball’s Hoops for Health, and Rugby League’s League Blong Laif programs for jobs well done.

“It would be nice to actually win the award,” she said.

Coach Dipak Patel was pleased with the recognition and the nomination.

He reiterated, this is also a success for Cricket PNG.