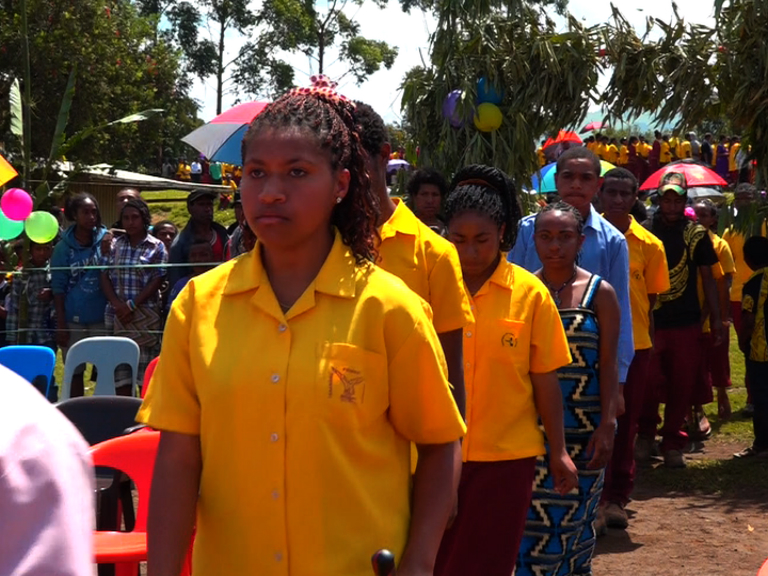 Students at Tarangau Primary School in Western Highlands Province are urged to pay a project fee of K100 before the start of school next year.

The School’s principal announced this at the 19th Grade Eight graduation yesterday.

He said the project fee will go to buy new school uniforms.

Pora said previously, the school was run by funding of K600-K700,000 which was collected from school fees.

However, with the introduction of Tuition Free Fee policy, they have waited a long time to get their K460,000 share from the government.

The school’s Board is worried that with the massive Budget deficit next year, the school might face tough times ahead.

Tarangau Primary, like other schools in the country, have cut down on unnecessary spending and projects, and have only concentrated on students’ learning.

The school has also seen the flooding in of students because of the subsidized policy.

The total student population us 1607, with only 40 teachers to supervise.

A classroom has at least 50 to 75 students. Yesterday, the school graduated 225 Grade Eight students.

A highlight was that there were many girls who received prizes and awards.