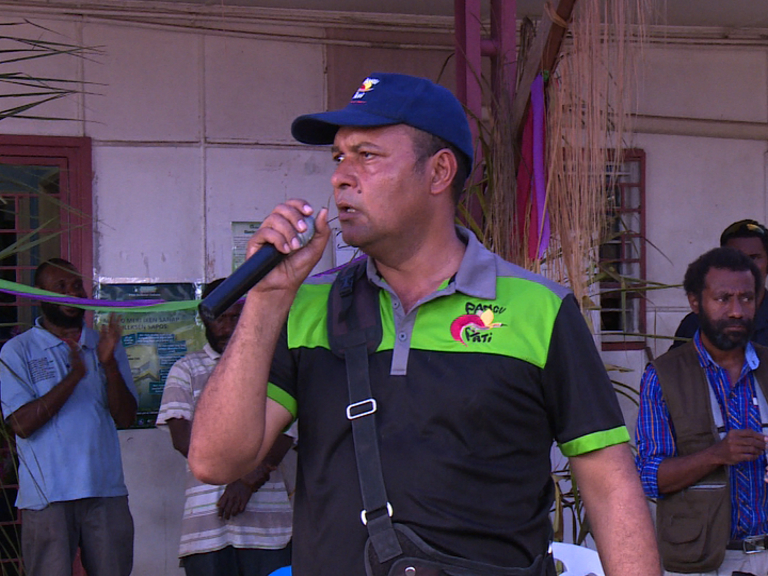 The Pangu Pati may capitalise on independent candidates after the elections. The party has released a nominated list of confirmed candidates throughout the country.

But, before the list there was immense interest from candidates wanting to join Pangu.

A list released by the General Secretary, Morris Tovebae to the electoral commission and political party registrar, brings to an end, confusion about candidates running under the party banner.

Some candidates have been handpicked by the party leader, Sam Basil, and others endorsed by the branch and the Pangu council.

There was confusion and assumptions made about the leadership of Pangu being unstable.

But, while the list has been released there are still independent candidates contesting for a seat in Parliament that have written to the Pangu council showing interest.

Pangu has candidates running under the banner in all four regions of the country including districts in Morobe.

All the nine candidates in Morobe were handpicked by the parliamentary leader, while others were endorsed through the branch and by the Pangu Council.

During an interview on Friday, Pangu executives and the parliamentary leaders said the party is popular and two council sittings were needed to sort through candidates.

An open invitation was given by the party leader and sitting Bulolo MP, Sam Basil on Friday, for the candidates to run as independents, but be pro-Pangu Pati.

Pangu has endorsed candidates, but there are independent candidates that could end up winning in this election.

But, when the horse trading starts after the declarations, the People’s National Congress, National Alliance, THE Party and others will have a chance to form government with independent candidates.

The independents candidates true test of loyalty, will come with the formation of the next government.