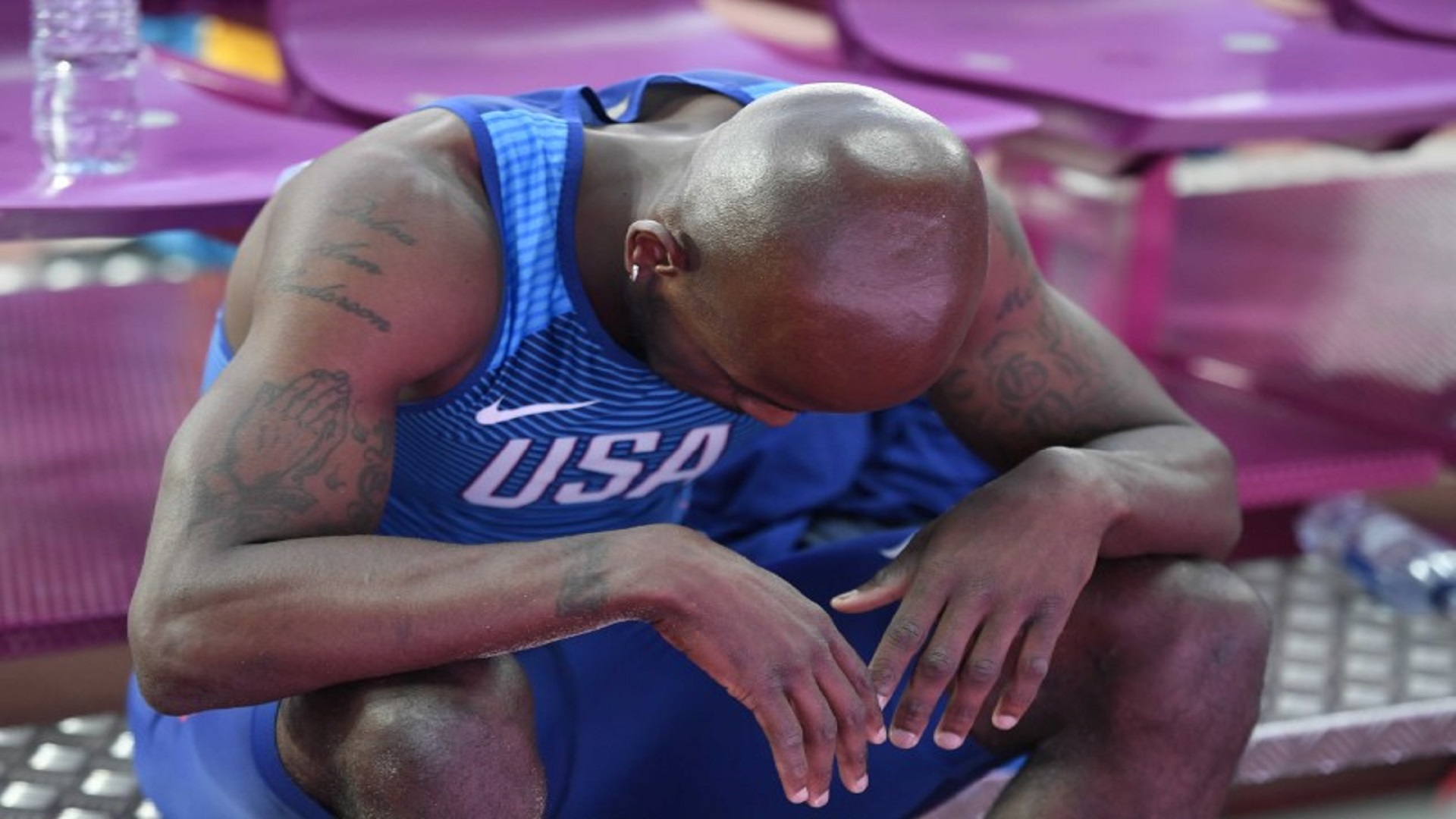 LONDON (Reuters) – Jeff Henderson, the Olympic long jump champion, was the first major casualty of the World Athletics Championships on Friday when he failed to qualify for the final.

The 28-year-old American, who triumphed in dramatic fashion by one centimetre in Rio de Janeiro last year, could only leap 7.84 metres in the qualifying round, finishing 17th overall and failing to make the final dozen.

In contrast, the man Henderson pipped to the Olympic title last year, silver medallist Luvo Manyonga, eased into the final, surpassing the qualification mark of 8.05 metres with a leap of 8.12.

Henderson had not enjoyed the greatest of seasons but following an 8.28m jump at the U.S. Championships in June, his victory at the recent Diamond League meeting in the same London Stadium had suggested he was peaking well enough.

After an opening leap of 7.74m, though, a second-round no jump put him under pressure and his final round improvement of 10 centimetres was not enough.

“It’s not what I wanted at all, I wanted to do better but I guess it’s harder to come back after last year (winning the Olympic Games),” Henderson told reporters.

“It’s been a long year, I didn’t really much get training compared to last year, but I’ll be back hungry and stronger next year. You’ll see the Jeff Henderson you saw previously.”

Manyonga, the South African who overcame a drug addiction to win his Olympic medal, took a comfortable first leap towards an even more striking result.

The man whose dramatic fightback after his life had seemed at rock bottom was one of the most heartwarming stories in Rio, needed just one jump to make the final.

The 25-year-old had been a brilliant young talent from a township outside Cape Town who was feted after winning gold at the 2010 World Junior Championships.

His life, though, took a terrible turn when he became hooked on tik — the local variant of crystal methamphetamine — in what he described as his “date with the devil”.

He ended up being banned from athletics for 18 months after a dope test showed traces of the recreational drug as his life went into such freefall that he felt he ended up only “five percent away” from death.

After undergoing drug rehabilitation, Manyonga returned to action fully last season and made such a dramatic breakthrough that he fractionally missed out on the Olympic crown to Henderson.

Only last month, though, Manyonga suffered an athletic setback when he succumbed to an ankle injury while winning a Diamond League meeting in Stockholm and he had shown no real form since.

NZ look at ways to combat fatigue in Rugby Championship

Apple to launch watches that can make calls: Bloomberg