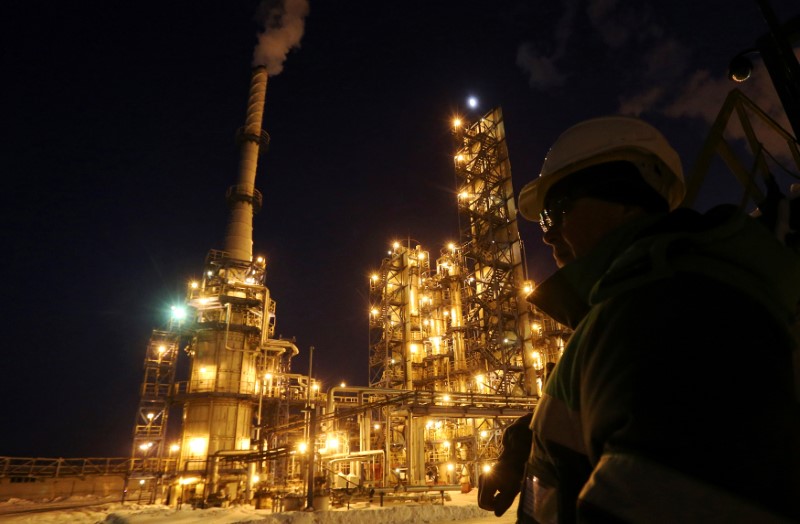 SINGAPORE (Reuters) – Oil prices rose on Monday as Saudi Arabia’s energy minister said an OPEC-led production cut scheduled to end in June would likely be extended to cover all of 2017, although a relentless increase in U.S. drilling capped gains.

Saudi Arabia’s energy minister Khalid Al-Falih said on Monday oil markets were rebalancing after years of oversupply, but that he still expected the OPEC-led deal to cut output during the first half of the year to be extended.

“Based on consultations that I’ve had with participating members, I am confident the agreement will be extended into the second half of the year,” said Al-Falih, Saudi Minister of Energy, Industry and Mineral Resources, during an industry event in Malaysia’s capital Kuala Lumpur on Monday.

The Organization of the Petroleum Exporting Countries (OPEC), of which Saudi Arabia is the de-facto leader, as well as other producers including Russia, pledged to cut output by almost 1.8 million barrels per day (bpd) during the first half of the year to prop up the market.

The comments from Al-Falih and rising prices came after steep falls last week due to ample supply in countries that aren’t participating in the cuts, including the United States where output is soaring.

A decision on whether to continue the production cuts is expected at OPEC’s next official meeting on May 25.

“Oil may have seen the worst of the selloff for now, as the market turns its attention to the OPEC meeting at the end of the month,” said Jeffrey Halley, senior market analyst at futures brokerage OANDA in Singapore.

Still, both Brent and WTI crude are holding below $50 a barrel because of brimming storage tanks, high drilling rates and ample production.

U.S. drilling for new oil continued to pick up last week, with the rig count climbing by 6 to 703.