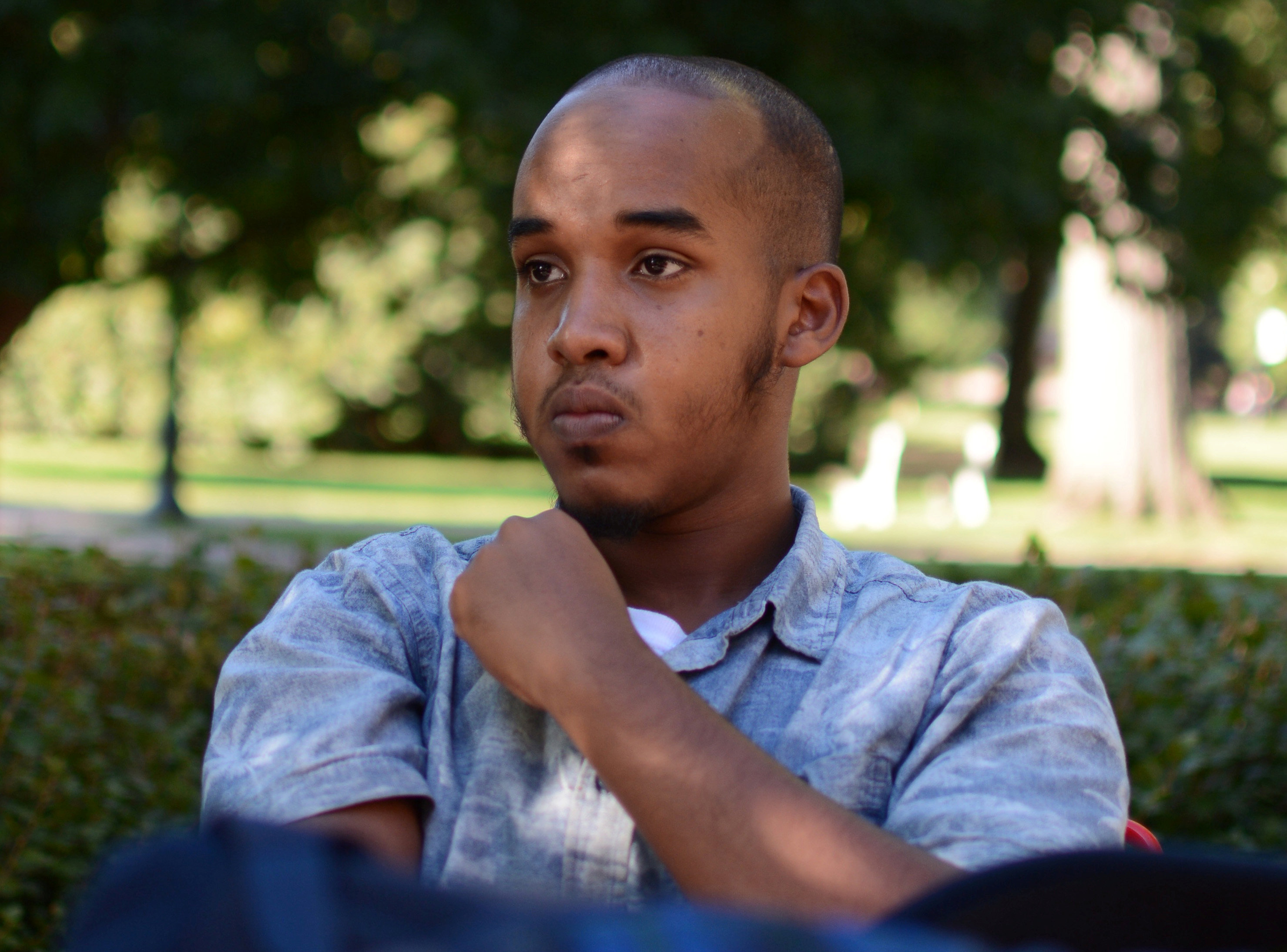 Image: Abdul Razak Artan, a third-year student in logistics management, sits on the Oval in an August 2016 photo provided by The Lantern, student newspaper of Ohio State University in Columbus, Ohio, U.S. on November 28, 2016. Courtesy of Kevin Stankiewicz for The Lantern/Handout via REUTERS

By Mark Hosenball and Kim Palmer

WASHINGTON/COLUMBUS, Ohio (Reuters) – A Somali immigrant who injured 11 people at Ohio State University in a vehicle and stabbing attack before he was shot dead may have followed the same path to self-radicalisation as militants in a number of “lone wolf” attacks, U.S. officials said on Tuesday.

The Islamic State militant group claimed responsibility on Tuesday for the attack.

Abdul Razak Ali Artan, 20, was shot dead by a police officer on Monday moments after he ploughed his car into a crowd of pedestrians and then leapt out and began stabbing people with a butcher knife.

Investigators were probing the background of Artan, a Muslim who was a lawful permanent resident of the United States and a student at Ohio State.

Police have given no motive for the attack on the Columbus campus.

So far, investigators have found no strong evidence linking Artan to other known militant individuals, cells or groups, said two federal law enforcement officials, who declined to be named because the probe is ongoing.

Artan’s actions fit the pattern of lone-wolf militants who carried out other attacks in the United States, such as the gunman who shot to death 49 people at a nightclub in Orlando, Florida, in June, and the man who killed four U.S. Marines and a Navy sailor in a shooting in Chattanooga, Tennessee, last year, the officials said.

The gunmen in those two attacks were also Muslim and were killed by police.

A federal official who asked not to be identified said that while Islamic State has claimed responsibility in other attacks, investigators have seen no evidence so far that the militant group’s role was anything more than inspirational.

Investigators were looking into a message posted on Facebook by Artan that contained inflammatory statements about being “sick and tired” of seeing Muslims killed and reaching a “boiling point,” a law enforcement source said.

Violence in Myanmar, which is also known as Burma, has sent Rohingya Muslims fleeing across the border to Bangladesh amid allegations of abuses by security forces.

In its claim of responsibility for Monday’s attack at Ohio State, the Islamic State news agency AMAQ posted a photo of Artan wearing a blue shirt and sitting with greenery in the background. It described him as a soldier of the group.

“Brother Abdul Razak Ali Artan, God accept him, implementer of the Ohio attack, a student in his third year in university,” the caption read.

Artan, who was born in Somalia, arrived in the United States in 2014, said a federal official, who also asked not to be identified. Ohio State University Police Chief Craig Stone said Artan was 20 years old.

Investigators believe Artan may have lived for as long as seven years in Pakistan, said the federal official, who declined to be named because of the ongoing investigation. Somali refugees often spend some time in Pakistan before coming to the United States, another official said.

Investigators were trying to assemble a full picture of Artan’s associates and recent activities, according to federal officials.

Two people remained hospitalized at Ohio State University Wexner Medical Center, a spokeswoman said on Tuesday. Two others were at Riverside Methodist Hospital, according to a spokesman. None of the victims have life-threatening injuries, officials said. Seven people have been released.

The attack rattled students at the state’s flagship public university, which had been placed under a campuswide alert as people barricaded themselves in rooms and police with rifles searched for a possible second suspect.

Members of Columbus’ Somali community have denounced the attack.

Ohio Governor John Kasich and other officials have praised Ohio State police for quickly reacting to the rampage.