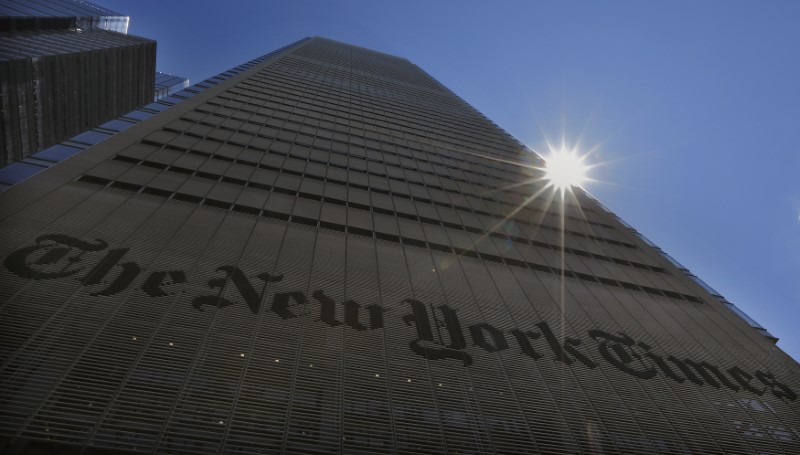 Facebook launched its livestreaming platform in August of 2015 and it is in its infancy. The New York Times has used Facebook Live to showcase its journalism, hoping to reach potential subscribers as the newspaper publisher relies more heavily on digital to grow its revenue.

It was not clear how much revenue The New York Times has derived from producing these videos.

A New York Times spokeswoman declined to comment on any financials or the Wall Street Journal report. A Facebook spokesperson confirmed the company has been offering “temporary financial support” to a “relatively small number of companies” to produce videos.

The Times said it reached the 100 million views benchmark earlier this month. Comparative figures were not available for how the New York Times ranks against similar publishers, including The Washington Post.

The Times got more 5 million views on its livestream of the first presidential debate between Republican Donald Trump and Democrat Hillary Clinton. There were 3.9 million views for a concert by Erykah Badu and another popular Times livestream featured singer-actress Kristin Chenoweth.

Digital is becoming more important for many major U.S. media companies, particularly the New York Times, where print advertising revenue has been in freefall. During its most recent quarter, ad revenue from print slid 18.5 percent from the previous year, accounting for just 22 percent of its total revenue, said chief executive Mark Thompson during the Nov. 2 earnings call.