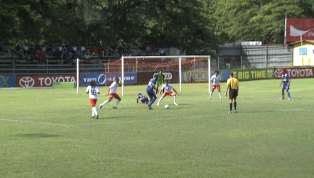 The current format of the OFC Champions League is under review. OFC is Oceania Football Confederation.

A new format is to replace the defunct OFC Club Championship as the Pacific’s premier club competition.

The options will be discussed at the next OFC Executive Committee meeting scheduled to take place in Noumea, New Caledonia next month.

The teams and their respective countries include Amicale of Vanuatu, Auckland City of New Zealand, Ba of Fiji, and PNG’s very own Hekari United.

Auckland City are the defending champions of the OFC Champions League and will represent Oceania at the upcoming 2012 FIFA Club World Cup, in Japan from December 6th to the 16.