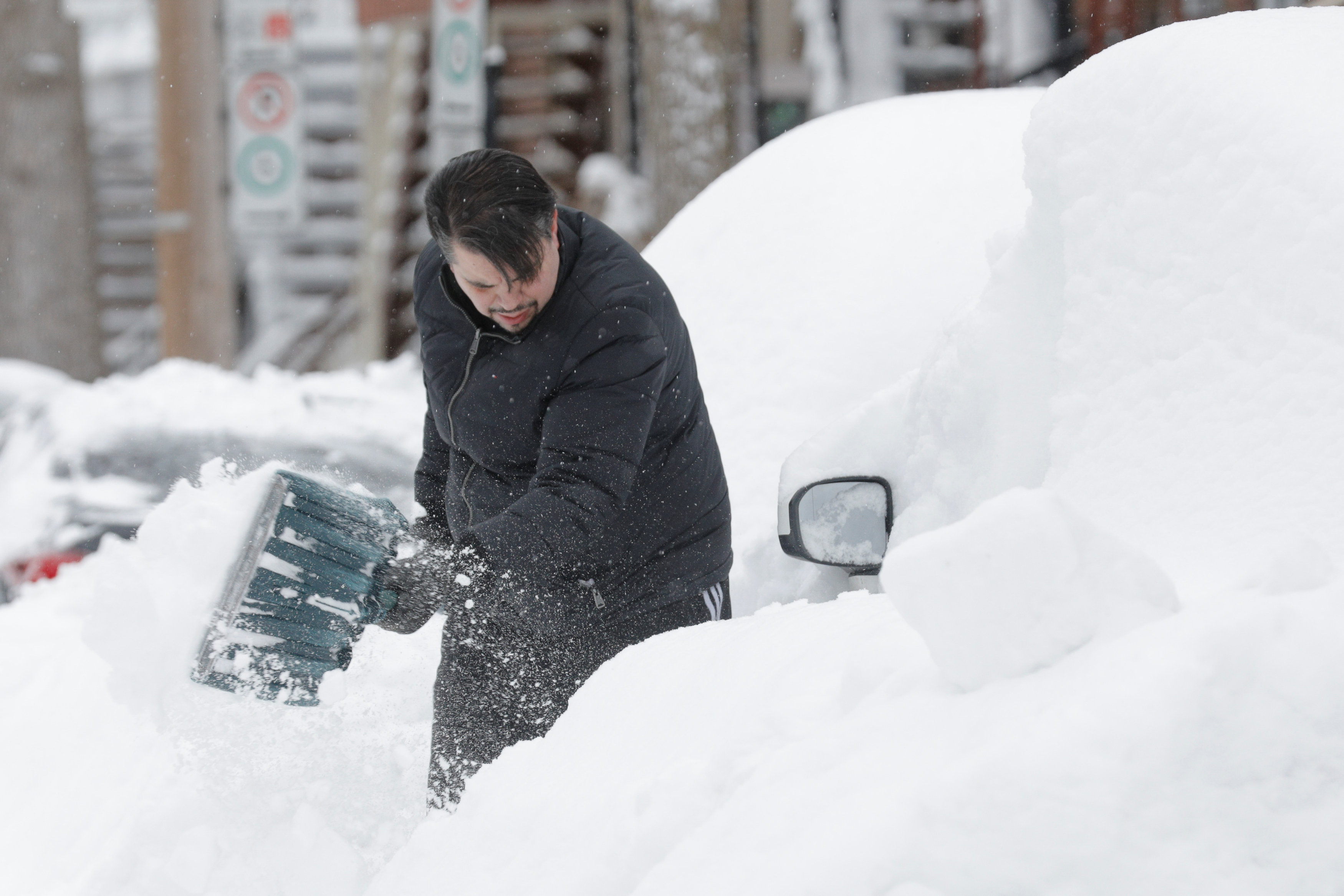 MONTREAL (Reuters) – A late winter storm that dumped more than two feet (60 cm) of snow and sent gusts of up to 120 km an hour (75 mph) in certain areas of Quebec overnight, has killed five and injured more than a dozen others in the province, Canadian authorities said on Wednesday afternoon.

While the storm has weakened, schools and stretches of highway were closed across the mostly French-language province on Wednesday following multiple highway collisions, pileups and incidents of trapped motorists.

Two men were found dead on Wednesday after spending hours in a snow covered vehicle overnight near Quebec City, while another man was killed on Tuesday during a collision involving 10 vehicles, including tractor trailers, said Sergeant Audrey-Anne Bilodeau, a spokeswoman for Quebec’s provincial police.

In a separate collision near the Montreal region yesterday, a dozen people were injured during a 50-car highway pileup that sent several vehicles off the road, she said.

“It’s really not often that Montreal schools close and we get this kind of storm,” said Simon Legault, a meteorologist with Environment Canada in Montreal.

The storm is expected to dump more than 40 cm (15.75 inches)of snow on Montreal within 24 hours. The largest snowfall recorded by Environment Canada for Montreal was a record 47 centimeters (18.5 inches) that fell on the city during a storm in March 1971, Legault said.

“This is really close to the record,” he said.

The storm also dumped snow in southern Ontario, grounding more than a hundred flights in Canada’s largest airport on Tuesday.

In the United States, the late-season snowstorm that swept the mid-Atlantic and the Northeast began to weaken on Wednesday after killing six people and closing schools, but airline cancellations persisted.

Pacific’s Voice on Climate Change To Be Presented In Paris