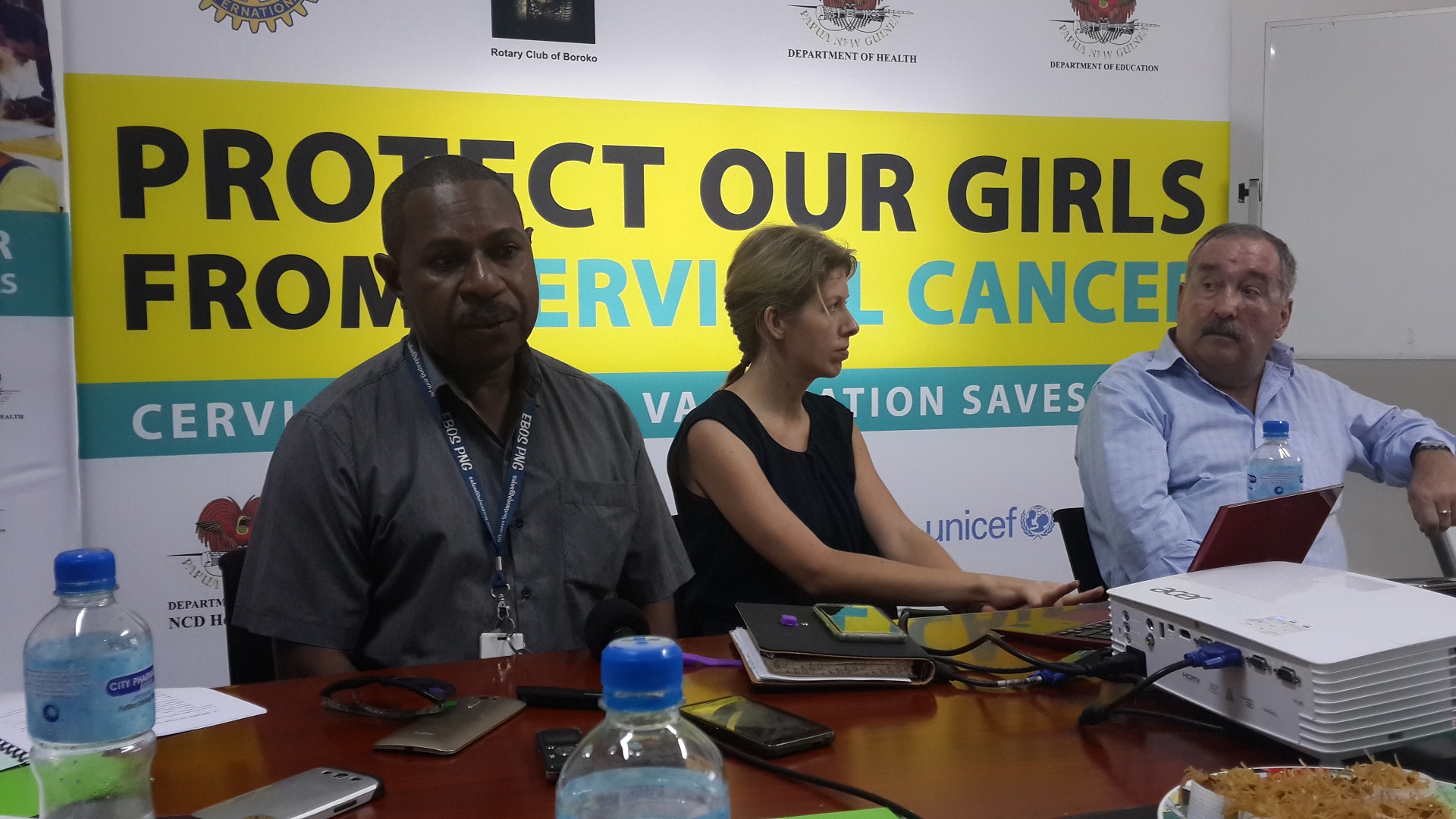 The occurance of cervical cancer is high in Papua New Guinea.

Because of the high risk women are exposed to, it is important for girls to be vaccinated at an earlier stage before they encounter their first sexual intercourse.

According to Dr. Edward Waramin, cervical cancer in Papua New Guinea is very high among women and one way to prevent women from getting cervical cancer, is treating it early.

Now with the number of cervical cancer increasing, the government in its efforts to addressing this, has allowed for cervical cancer vaccination to be rolled out in the country.

The vaccination program although is not new in the world, is new in Papua New Guinea, therefore will be trialed in schools around NCD first.

And based on the outcome, will determine the next move, to reach out to other provinces.

The program was introduced to Papua New Guinea by the National Department of Health (NDoH) in partnership with the Rotary Club of Boroko, Department of Education, World Health Organisation (WHO), UNICEFF and other partners.

A total of K1.4 million has been funded through the Rotary Club of Boroko, NDoH, US government, and other partners for the vaccines.

56,000 doses of the vaccine have arrived in the country and are kept for the roll out program. This dose is enough to cater for 26,000 girls in the country.

The vaccination awareness program was launched two weeks ago.

The project will officially be launched come Thursday 23rd March at the parliament house by the Prime Minister, Peter O’Neill.

Women in Oro Province are bursting onto the political front