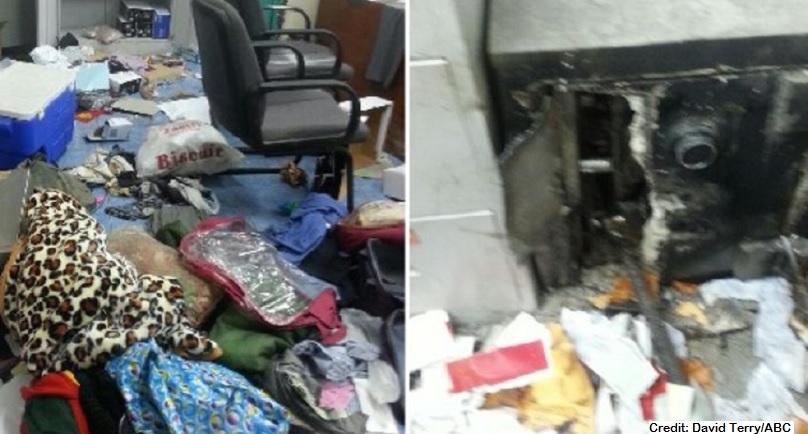 Nadzab Airport in Lae was this morning held up by a group of around 30 armed men wielding machetes homemade guns.

The armed gang looted mostly office equipment and food from the Air Niugini and Travel Air offices; attempts were also made to break into Air Niugini’s office safe as it was blackened by fire. Up to 30 passengers at the airport for early flights were held at gunpoint and robbed.

“The nine security guards manning the airport said they were outnumbered and ordered at gunpoint to huddle up with the passengers in front of the terminal… The airport authorities are trying to see if anything major was stolen,” David Terry, a police spokesman told the ABC.

The robbery lasted around two hours this morning from 1:30am. After a failed attempt at breaking into the safe, the criminals escaped through the runway. One injury included a man who was beaten with the butt of a gun.

The holdup comes just a day after the conclusion of the 6th PNG Games held in Lae. Lae police are currently conducting investigations.

Apple iPhones get bigger and pricier, Watch turns to health