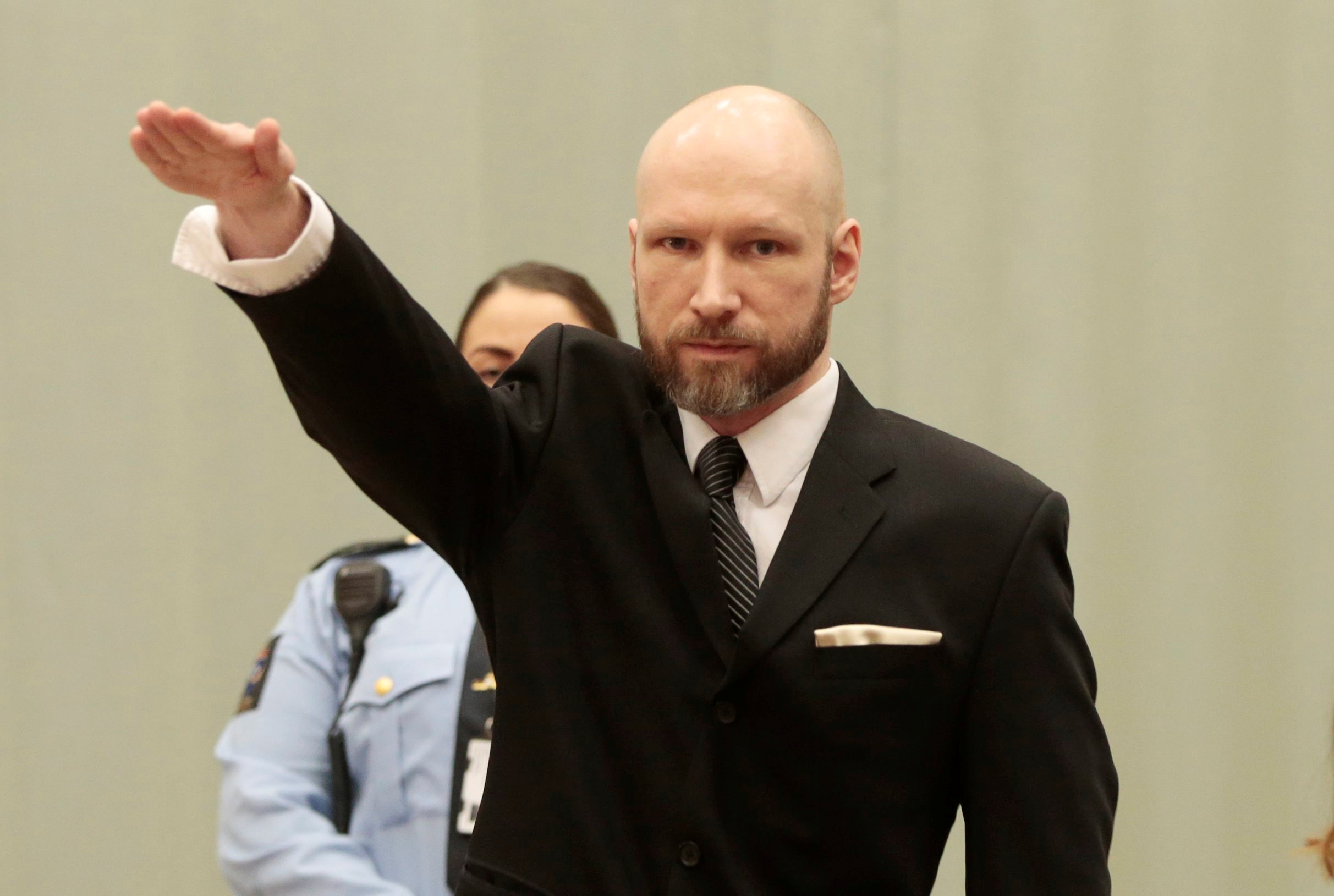 By Alister Doyle and Terje Solsvik

OSLO (Reuters) – Norwegian mass killer Anders Behring Breivik lost a human rights case on Wednesday when an appeals court overturned a lower court verdict that his near-isolation in a three-room cell was inhuman.

Breivik, an anti-Muslim neo-Nazi, massacred 77 people in Norway’s worst peacetime atrocity in July 2011. He killed eight with a bomb in Oslo and then gunned down 69, many of them teenagers, at a youth meeting of the then-ruling Labour Party.

“The Borgarting Court of Appeal has determined that Anders Behring Breivik is not, and has not been, subjected to torture or inhuman or degrading treatment,” the court said in a statement.

Strict conditions for Breivik, who has no contact with other inmates and has not repented for the attacks, were justified because there was a “high risk” that he would use violence in future and because other prisoners might attack him, it said.

Wednesday’s verdict overturned a lower Oslo court ruling in 2016 that Breivik was held in a “completely locked world” with frequent strip searches in violation of a ban on “inhuman or degrading treatment” under the European Convention on Human Rights.

Many survivors and relatives of the 77 dead welcomed the verdict after denouncing last year’s ruling as a perversion of a Convention that starts with the sentence “everyone’s right to life shall be protected by law”.

“We’re very relieved,” Lisbeth Roeyneland, whose 18-year-old daughter Synne was shot dead and who now leads the main support group, told Reuters. “I hope we don’t hear any more about that terrorist for many, many years.”

Bjorn Ihler, a survivor of the shootings, said it had been right to review Breivik’s treatment in jail. “What differentiates us from violent extremists is that we recognise the humanity of every human being,” he told Reuters.

Breivik, now 38, is serving Norway’s longest sentence, 21 years, which can be extended if he is still considered a threat.

Breivik’s lawyer Oeystein Storrvik said he would appeal to Norway’s Supreme Court. If that fails, Breivik can appeal to the European Court of Human Rights. “His isolation is the main problem,” Storrvik said.

But the Norwegian Supreme Court generally only accepts cases that raise wider issues of legal principle.

The appeals court noted that Breivik’s three-room cell includes a gym for exercise, and he can watch television and read newspapers. Limited contact with other inmates is under consideration, it said.

Some aspects of Breivik’s detention have already been relaxed. Since late last year, Breivik can meet his lawyer separated by bars, allowing more contact than a previous thick glass wall rigged with microphones and speakers.

At a 2016 hearing in the district court, Breivik had said he was feeling bad in jail, complained about cold coffee and grumbled that jail food was “worse than waterboarding”.

But the appeals court heard in January that he wrote a “thank you” note to his guards after the lower court hearing, saying he did not mean to seem critical of them. He has also resumed a university course in international relations.

On Wednesday the appeals court upheld a finding by the lower court that extreme restrictions on Breivik’s letters and visitors were justified. Breivik’s only family visitor was his mother, who gave him a hug shortly before she died in 2013.

Norway’s Attorney General Fredrik Sejersted, the government’s top lawyer sent to lead the appeal, said the verdict vindicated prisons and prison staff, who he said had been unfairly criticised in the lower court’s decision.

“The verdict recognises the work done by the correctional service,” he said, adding that prisons had invested far more to guard Breivik than a normal inmate.

Odds are against dismissal of Cosby’s sex assault case – experts