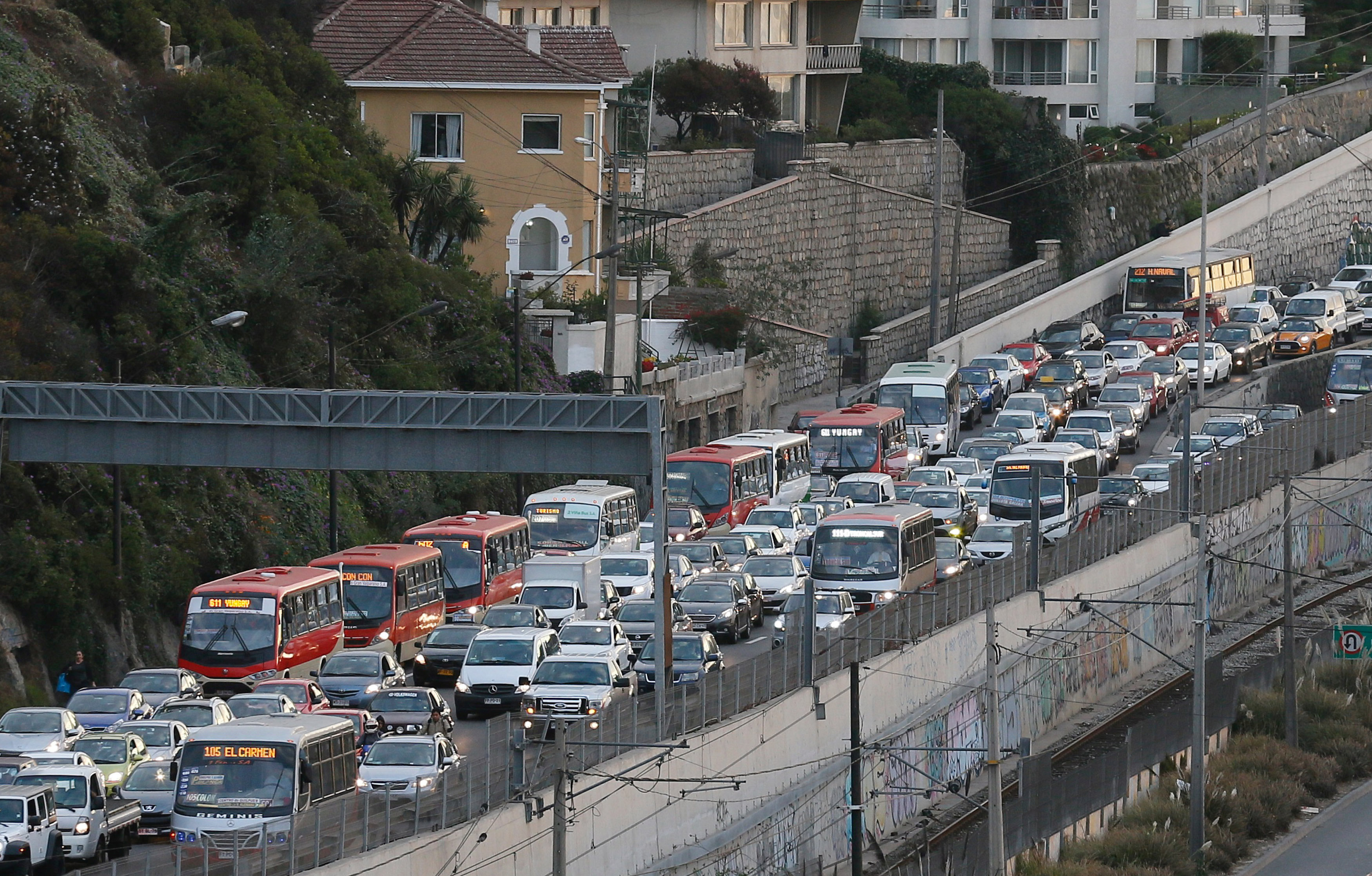 Image: Vehicles are seen along a road, after a mass evacuation of the entire coastline during a tsunami alert after a magnitude 7.1 earthquake hit off the coast in Vina del Mar, Chile April 24, 2017 REUTERS/Rodrigo Garrido

SANTIAGO (Reuters) – A major earthquake of magnitude 7.1 struck off the west coast of Chile on Monday, rocking the capital Santiago and generating at least two significant aftershocks.

No major damage was immediately apparent, according to an assessment by Chile’s emergency services. The Chilean Navy and the Pacific Tsunami Warning Centre said the quake was not expected to cause a tsunami.

Chile’s state-run Codelco, one of the largest copper mining companies in the world, said its operations were unaffected.

The quake was centered 22 miles (35 km) west of the coastal city of Valparaiso at a shallow depth of 6.2 miles (10 km) below the seabed, the U.S. Geological Survey said.

Chilean authorities initially ordered a preventative evacuation of the coastal area near Valparaiso, some 60 miles (97 km) west of Santiago, in case of a tsunami, but cancelled it shortly afterward.

A spokesman with the local government in Valparaiso said there were no reports of structural damage so far, but cellphone networks were down in some places.

A magnitude 7.1 quake is considered major and is capable of causing widespread and heavy damage, but the effects of this one would have been tempered because it was offshore.

At least two aftershocks of magnitudes 5.0 and 5.4 were recorded in the same spot and could be felt in Santiago.

Chile, located on the so-called “Pacific Ring of Fire,” has a long history of deadly quakes, including a 8.8 magnitude quake in 2010 off the south-central coast, which also triggered a tsunami that devastated coastal towns. More than 500 people died.

That was the sixth-largest earthquake ever recorded, according to the USGS. The largest recorded temblor in history was also in Chile, a 9.5-magnitude quake in 1960.

A major 7.6 magnitude earthquake jolted southern Chile on Christmas Day 2016, prompting thousands to evacuate coastal areas, but no fatalities or major damage were reported in the tourism and salmon farming region.

The long, slender country runs along the border of two tectonic plates, with the Nazca Plate beneath the South Pacific Ocean pushing into the South America Plate, a phenomenon that also formed the Andes Mountains.