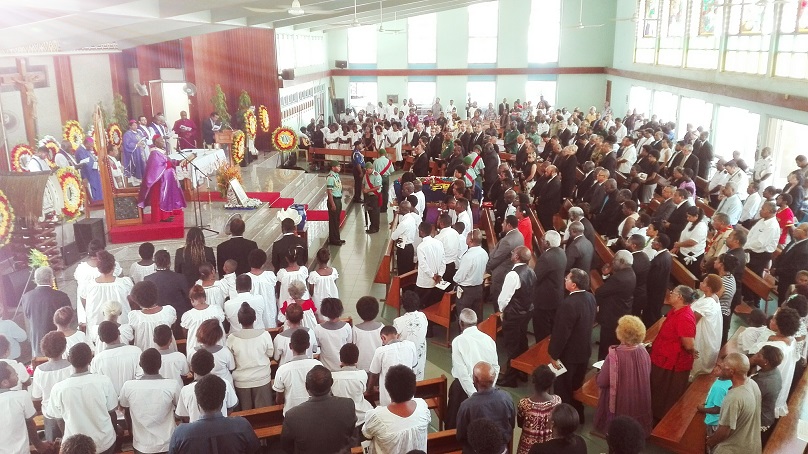 Governor General the Late Sir Michael Ogio was described as a humble servant, who always put the national interest before anything else – This was from Prime Minister Peter O’Neill.

The Prime Minister led tributes at Sir Michael Ogio’s funeral on Friday, where the late Governor General was given a farewell from National Leaders, Members of the Diplomatic Corps, and fellow parishioners.

The service, led by His Eminence Cardinal John Ribat, was a fitting farewell for a Governor General that in the own words of Cardinal Ribat, “a man of faith, who practiced his faith through his actions in his various roles over the years.”

From the Autonomous Bougainville Government, Speaker of House of Representatives, Simon Pentanu, who also praised the important role that Sir Michael played whilst a Member when first representing North Bougainville from 1987.

The Body of the Late Sir Michael Ogio is to be laid to rest today.