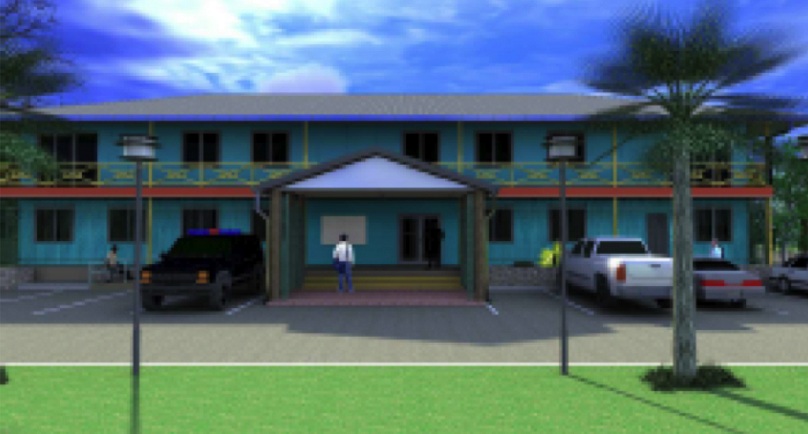 Lae City will have a more modern Central Police Station in the next seven months.

“There won’t be any petty crime problem, if communities help us by handing over offenders. Police are stretched to the limit, we cannot be stretched anymore,” he says.

He explains that communities must help the police, when infrastructures are being built to improve moral in the force.

Several months ago the killing of a man at Cassowary Road by thugs after he handed over 75 kina, he was stabbed with a screwdriver and the stabbing of the teenage boy at boundary roads Maiba junction recently are the backlog of petty crimes and related murders.

Today marked the beginning of the construction of the four million kina Lae Central Police building after negotiations took 11 months to complete.

The new building will be a more modern facility, the infrastructure built specifically to house equipment needed to run operations through out the city.

Assistant Commissioner, Alan Scott, explains that the project is a milestone in the Papua New Guinea-Australian Policing Partnership.

But, the debate on petty crimes took centre-stage today. Morobe Governor, Kelly Naru whilst speaking at the launching urged parents in the crowd at Lae’s top town to discipline their children.  He called for a more collective approach to the problem.