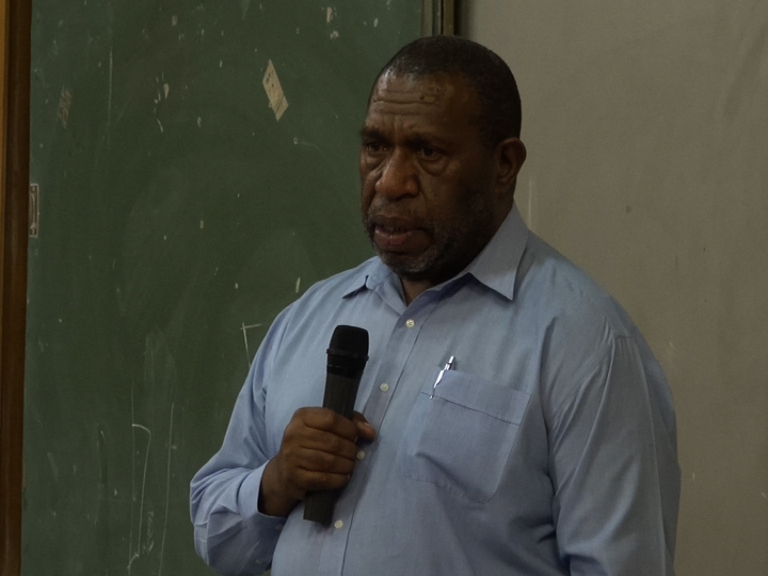 Member for Goroka, Bire Kimisopa, is calling on the next government after election to support the referendum for the Autonomous Region of Bougainville (AROB) in June 2019.

He said they faced 32 years of suffering and lack of Government services.

Kimisopa says his party has put AROB as top priority when, and if they form government.

Speaking at the NGP party Convention, the emotional member and party leader said that for 32 years the people of Autonomous Region of Bougainville have suffered as they were neglected of government services.

He questioned the party nominees whether they understood what happened during the Bougainville crisis, and how the PNG Governments owed so much to AROB but yet neglected them.

Kimisopa told his Party that they would support the region when their referendum came and if they wanted independence they would gladly stand behind them.

Kimisopa has travelled the whole islands of AROB and heard stories of individuals during the Bougainville Crisis.

AROB will go for referendum in June 2019.

Families of Missing People left in Anguish and Uncertainty

The Buai trade in Lae City